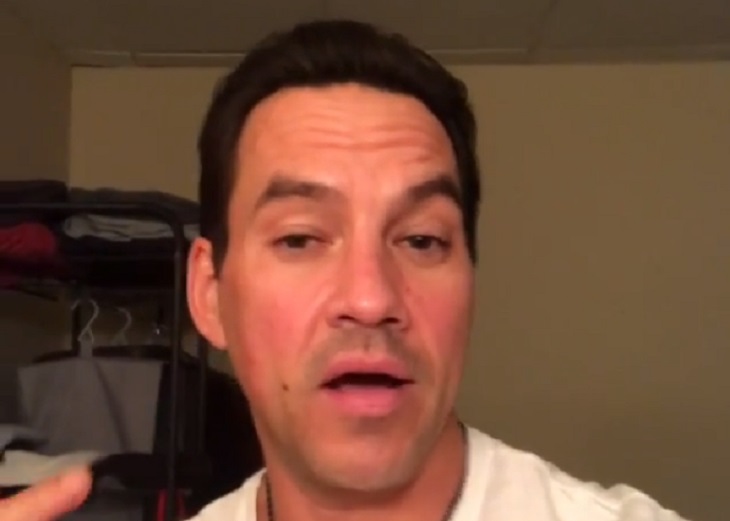 Days of Our Lives star Tyler Christopher has just landed a new job. The actor, who last played Stefan DiMera on the hit NBC show, has been cast in a new film and we’ve got all the details that you need to know right here.

According to reports, Tyler will next be seen in a thriller called Max Winslow and the House of Secrets. And as you can imagine, it’s already gotten plenty of daytime television fans excited.

The film is directed by Sean Olson, who also wrote and directed Christopher’s sci-fi film, F.R.E.D.I., and is written by Jeff Wild and produced by Skipstone Pictures.

Meanwhile, former General Hospital actor Brandon Barash will be filling in for Tyler over at Days of Our Lives as his character, Stefan DiMera. While it was announced that Tyler was leaving the long running soap late last year, he never specified a reason as to why he was stepping away from his role.

Days of Our Lives News – Brandon Barash Takes Over

Viewers can expect to see Brandon in Salem beginning in early March. Max Winslow and the House of Secrets will be screened at the Bentonville Film Festival from May 7 to 9. Also, don’t forget that Days of Our Lives airs weekdays on the NBC network. Check your local listings for times.

In the meantime, let us know what you think by leaving us a line with your thoughts in our comments section below. And as always, don’t forget to check back with Soap Opera Spy for all the latest news, updates and spoilers on Days of Our Lives and all of your favorite daytime television shows right here!