Days of Our Lives Spoilers: Should Rafe and Hope Reunite After Ted’s Death? 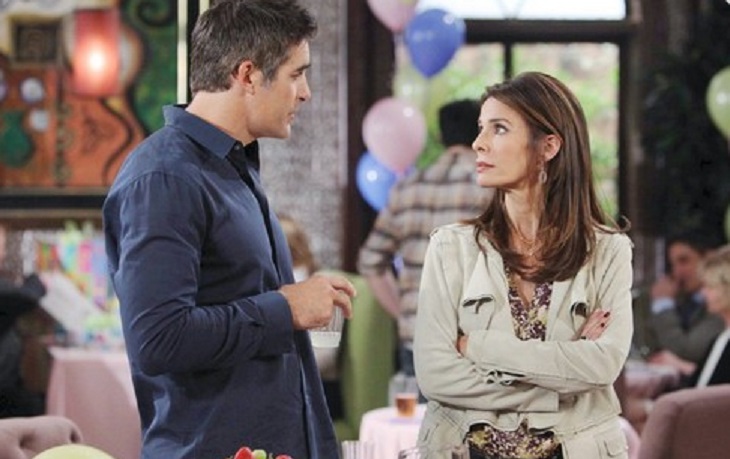 Days of Our Lives spoilers confirm Ted (Gilles Marini) will die during the week of August 5. Some fans are debating over whether Hope Brady (Kristian Alfonso) and Rafe Hernandez (Galen Gering) should reunite. Here is our take on the situation.

Days of Our Lives Spoilers – Rafe and Hope’s History

Following Bo Brady’s (Peter Reckell) return and sudden death, “Rope” got together. Eventually, Rafe and Hope got married. Fans were divided about this couple. Some thought they were great together, while others hated the pairing. However, the union was not meant to last. After cheating with Sami Brady (Alison Sweeney), the two broke up. Just recently, Rafe was finally served with the signed divorce papers, making the split official.

Days of Our Lives Spoilers – Ted’s Interest in Hope Brady

Days of Our Lives spoilers reveal Ted’s interest in Hope. The two kissed at one point, but Hope has been very cautious around him. After all, he isn’t known as the most ethical man in Salem. Well, it seems that Ted will never have a chance to make things official with Hope.

It is confirmed that Ted dies this week. He is shot in the chest and it will be another case for the Salem police department. This comes shortly after Ted and Kate (Lauren Koslow) were held captive in the DiMera tunnels by Kristen DiMera (Stacy Haiduk) and Xander Cook (Paul Telfer). Hope is the one who actually saved them.

Of course, Kristen posing as Nicole Walker (Arianne Zucker) complicates the storyline even further. She manages to convince Ted and Kate to point the finger at Stefan DiMera (Brandon Barash), who had nothing to do with the kidnapping. However, Hope was starting to doubt their story and even interrogated Ted about how his statement didn’t add up.

Days Of Our Lives #DOOL Spoilers: Will Brady End Up Falling For Kristen? https://t.co/Z72pHksYfG

Days of Our Lives Spoilers – Should ‘Rope’ Reunite?

Days of Our Lives fans want Hope to be happy. After all, she is a fan favorite character. However, she can do a lot better than Ted. With that being said, getting back together with Rafe right after Ted dies wouldn’t be a classy move. Even though the two were not an official item, she needs time to grieve the loss of a human life that she was getting close to. Maybe in a few months “Rope” can think about getting back together, but not right now.