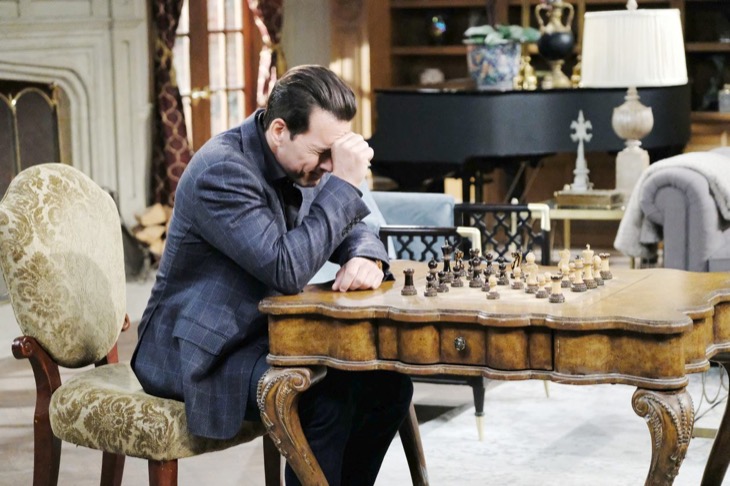 Days of Our Lives (DOOL) spoilers tease that Stefan DiMera (Tyler Christopher) will suffer a huge blow. He’ll be devastated when he learns that Abigail Deveraux (Kate Mansi) and Chad DiMera (Billy Flynn) are remarrying and leaving Salem. Deep in his heart, Stefan was still holding out hope that Abigail’s alter “Gabby” would come back to him, but finally he’ll realize that the dream is dead.

And when Stefan reaches the depths of his devastation, watch out. He’s going to be raging at everyone in his path, and Gabi Hernandez (Camila Banus) will be no exception. Stefan and Gabi have been at each other’s throats for a while now, and things really heated up after Stefan found out that Gabi was responsible for making him think he was Charlotte DiMera’s father.

Well, Stefan is really going to get fed up with Gabi, who seems to keep persisting in the belief that she’s going to get GabiChic back up and running in its old glory. Gabi won’t leave Stefan alone and is determined to make her company a success once again.

But it seems that after losing “Gabby” for good, Stefan will reprioritize and discover that he has no patience for Gabi’s nonsense. He’ll announce to a stunned Gabi that she’s fired from GabiChic. Gabi will be devastated and will try to plead with Stefan to reconsider, but he’ll be determined to kick her to the curb.

What’s more, he’ll let Gabi know that he’s going to sell GabiChic. This will horrify Gabi, but as she thinks about it, she might get an idea. If she could somehow find out who is interested in purchasing GabiChic, she might be able to approach that person or company and pitch her continuing involvement in GabiChic.

Of course, Stefan’s pretty business savvy, and he’ll probably do everything he can to make sure that Gabi is forever separated from the company she founded. He might sell the company in pieces, or make it a condition of the company’s sale that Gabi never is hired. It would be his ultimate revenge on Gabi.

Do you think Gabi has any hope of remaining connected to her beloved company?