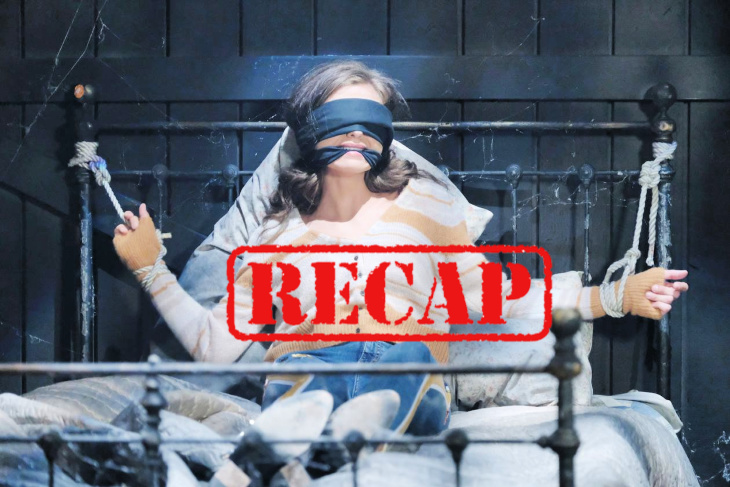 Days of Our Lives (DOOL) recap for Thursday, January 31, 2019, reveals Will (Chandler Massey) stops by Diana’s (Judith Chapman) room to talk to her about Leo (Greg Rikaart) and Sonny (Freddie Smith).

DOOL Spoilers Will Pleads With Diana For Help

Diana tells her more about Leo’s artwork. Diana says she wanted Leo to be responsible; Will tells her that lesson never took. Will says because of Leo, he and Sonny are living a nightmare and asks if she will help them. Diana asks how she is supposed to know Will is telling the truth. Diana says she isn’t close to Leo. Diana wants to know if Leo says anything about her, Will tells her Leo refers to her as a monster.

Will tells her they were hoping he could help neutralize Leo’s threats and asks if there is anything she can tell them. Diana says it would serve Leo right, but he’s her son, and she tells Will to leave. Diana refuses to help Will and Sonny. Will calls Sonny and tells him that Diana knows something and he will keep pressing until he gets it out of her. Diana runs into Marlena and recognizes her.

In the latest #DAYS, Ben rats out Claire to Tripp.https://t.co/ZsCmioRrzb pic.twitter.com/GtMax4jnBt

Days Of Our Lives Spoilers Adrienne Threaten Leo With Scissors

Days of Our Lives’ Sonny joins Leo in the living room, he’s drinking already and vows to make Sonny pay for bringing his mother to town. Adrienne joins Sonny and asks what is going on with Leo. Sonny explains about Leo’s mom. Adrienne tells Sonny about running into Jack and him not talking to her and pushes him to confide in her. Leo comes in and calls Adrienne mother, Kiriakis. Adrienne tells Leo they need to get some things straight. Adrienne threatens Leo with a pair of scissors.

Days of Our Lives’ Hope (Kristian Alfonso) is on the phone with Ted (Gilles Marini), he wants to meet with her later. Eli (Lamon Archey) comes in and hears her agree to meet with Ted. Hope asks if Eli has a problem with her meeting with him. Eli asks Hope what is going on with her and Ted. Hope assures Eli that nothing is going on with her and Ted. Hope tells Eli that Rafe wouldn’t be suspicious of Ted if he hadn’t made him think they were having an affair.

Eli doesn’t see why Hope wants anything to do with him because he defended Ben. Hope tells Eli that she asked Ted to represent Stefan and to try and get him to flip on Ben. Eli asks Hope if she has talked to Rafe, she tells him yes. Eli says Rafe would come home if he knew she was being wined and dined by Ted. Ted walks in and asks what Eli and Hope are talking about, Hope tells him her schedule, and they need to have a quick meeting. Ted asks Hope how she would feel about them working together.

Ted tells hope he wants to run for district attorney. Ted says that Hope has inspired him and makes him want to do what is right. Hope calls Theo (ex-Kyler Pettis) to check in with Ciara, (Victoria Konefal) and he informs her she should already be in Salem. Hope questions why Ciara hasn’t been in touch and asked Theo to send her flight information. Hope calls Ciara’s phone, but she’s tied up and cannot answer.

Days of Our Lives’ Ben (Robert Scott Wilson) stops by Marlena’s (Deidre Hall) office to see her. Marlena asks if she has their appointment dates mixed up. Ben feels like he is spinning out of control and needs to talk to her now. Marlena asks Ben to sit down and take a deep breath. Marlena asks Ben when the last time he felt normal was. Ben tells her about a month ago when he had a job and was dating Ciara. Ben is afraid he will lose Ciara for good and wants Marlena’s help to get her back.

In the latest #DAYS, Ben rats out Claire to Tripp.https://t.co/ZsCmioRrzb pic.twitter.com/GtMax4jnBt

Marlena wants to know if Ben thinks he could kill again. Ben tells her Ciara is his anchor, Marlena warns him that he can’t let someone else around him. Ben tells Marlena that losing Ciara is killing him. Marlena asks if Ben has a support system, he tells her he doesn’t. Marlena asks if Ben is taking his medication and reminds him how important it is. Marlena wants to see Ben twice a week and urges him to get a more stable living situation. Marlena tells Ben she is there for him, he leaves her office. 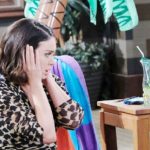 Days of Our Lives’ Lani arrives at Doug’s Place to meet Eli, but it says closed for a private party. Eli has rented the place as a surprise for her. Lani had wanted to go back to Miami but doesn’t have vacation days. Lani tells Eli how sweet his idea was; he teases her saying he wanted to see her in a bathing suit. Lani tells Eli about places she wants him to see in Miami. Eli wants to meet her mother; she says he will know as much as he wants them. Lani tells Eli her mom will love him as much as she does. Eli asks what Lani said, and she says I love you, Eli Grant, he says he loves her too.

Bold and the Beautiful Spoilers & Recap Thursday, January 31: Steffy Tells Liam He Is Phoebe’s Father Too