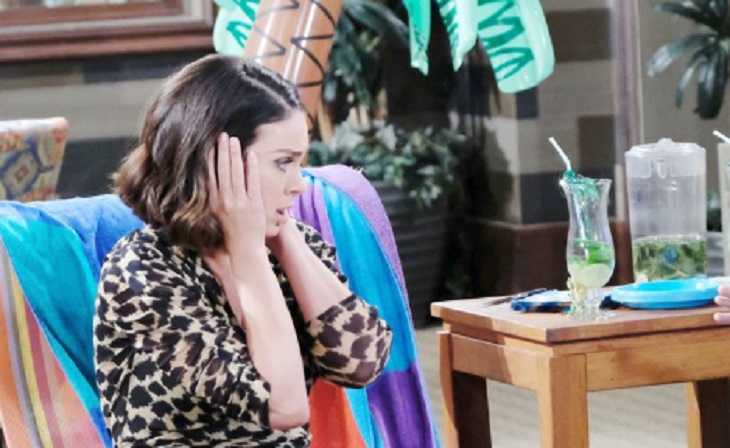 “Days of Our Lives” spoilers for Friday, February 1, tease that Hope Hernandez (Kristian Alfonso) will start a search for Ciara Brady (Victoria Konefal). She just found out Ciara caught an earlier flight out of South Africa, so she certainly has concerns. Hope knows Ciara would’ve called or texted if she could.

The minutes will keep ticking by, so Hope’s fears will get worse and worse. She’ll realize something horrible must’ve happened. “Days” spoilers say Hope will give this task her undivided attention. Nothing is more important than her daughter, so Hope will do whatever she can to locate Ciara ASAP.

Elsewhere, Dr. Marlena Evans (Deidre Hall) will have a tense conversation with Diana Cooper (Judith Chapman). They just bumped into each other, so now it’s time to discuss one of Salem’s most problematic residents. Of course, we’re talking about Leo Starke (Greg Rikaart). He blackmailed Sonny Kiriakis (Freddie Smith) into marriage, which caused a major setback for Sonny and Will Horton (Chandler Massey). 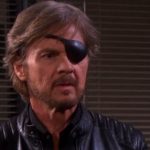 Days of Our Lives Spoilers – Marlena Tries To Reason With Diana

If Will and Sonny are going to get their happy ending, they need Leo to back off and get lost. Diana has the power to make that happen since she’s apparently got some juicy dirt. “Days of Our Lives” spoilers say Marlena will urge Diana to have some compassion. They both know Leo’s in the wrong here, so Marlena will hope Diana will get him out of the picture for Sonny and Will’s sake.

In the meantime, Leo will cause more drama at the Kiriakis mansion. He’ll flirt with Brady Black (Eric Martsolf), but that won’t accomplish anything except annoying him. Brady only likes the ladies, and he wouldn’t go for someone who’s scheming against someone in his family anyway!

Other “Days” spoilers state that Chloe Lane (Nadia Bjorlin) will land in serious trouble. DOOL fans will recall that Chloe killed the incredibly dangerous El Fideo aka Mateo (Andoni Gracia) in Mexico City. This drug lord had some very influential friends, so they’ll be back for revenge soon enough.

Days of Our Lives Spoilers – Stefan To Chloe’s Rescue

Chloe will get an alarming message that leaves her wondering if her life’s on the line. It turns out it is, but Stefan DiMera (Tyler Christopher) will rush to Chloe’s rescue on Monday. “Days of Our Lives” spoilers say some great action is coming up, so viewers will want to stay tuned!

Ben to the rescue? For Ciara’s sake, we hope so. #DAYS pic.twitter.com/j3cOrk8uvW

Which storylines are you loving right now? We’ll give you updates as other “Days” news and rumors emerge. Stick with DOOL and don’t forget to check Soap Opera Spy often for the latest “Days of Our Lives” spoilers, rumors, updates and news.

Bold and the Beautiful Spoilers Friday, February 1: Brooke Puts Her Foot Down, Florence Overwhelmed With Guilt