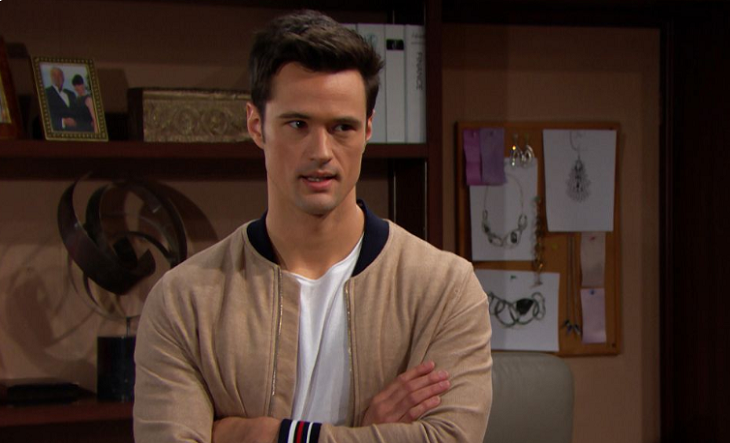 “The Bold and the Beautiful” (BB) recap for Monday, April 22, 2019 reveals that over at Forrester Creations, Brooke Logan Forrester (Katherine Kelly Lang) and Ridge Forrester (Thorsten Kaye) are encouraged by Thomas Forrester’s (Matthew Atkinson) beautiful designs for Hope for the Future. Thomas reveals he set a meeting with the team to fire them up and he wants to help Hope Logan Spencer (Annika Noelle).

After Thomas exits, Ridge tells Brooke his son’s interest in Hope may not be entirely professional. Brooke thinks they’re a good match as business associates and friends only. Ridge admits he’s worried about Thomas. Brooke concedes it’s horrific what he’s been through.

They speculate about Thomas not being romantic with Caroline Spencer (Linsey Godfrey). Ridge thinks there is another woman, but it’s not Sally Spectra (Courtney Hope). Brooke asks if he knows who, but he dodges answering. She assures him Thomas will be okay. He adds, “So will Hope.”

Bold And The Beautiful Spoilers: Quinn On A Mission To Ruin Wyatt’s Relationship With Sally https://t.co/jpdvro1xwb pic.twitter.com/IY6qbbOAjN

In the design office, B&B’s Thomas meets with interns Emma Barber (Nia Sioux), Tiffany (Maile Brady), and Simon (Achilles Andreas) – he advises them not to be discouraged by Hope’s absence and to put their all behind the line. Sally Spectra arrives and observes him ‘rallying the troops’ is very Spectra-like. Thomas invites her to see his designs and she admires them. He orders the team to get started on them. The interns head out.

Sally worries he should have Hope’s approval first, but he thinks the time to strike is now and it will be therapeutic for both him and Hope. Sally feels she’s lucky to have him for a friend. They discuss Hope urging Liam Spencer (Scott Clifton) to be with Steffy Forrester Spencer (Jacqueline Wood) and her guilt. Sally got the impression they haven’t been intimate lately. B&B’s Thomas reminds Sally he and Hope used to be together – he’s been spending time with her and Douglas lately.

Sally asks if he’s falling for her. Thomas assures Sally it doesn’t take away from what they had – but Hope’s the one woman he never truly got over. He thinks it’s meant to be since Douglas is a child without a mother and she’s a mother without a child. Thomas announces he’s doing this – he’ll break up Hope and Liam – Liam will go back to his sister, and Hope will be with him.

In the cabin, B&B’s Hope arrives to a surprise romantic dinner set up by Liam. They kiss. Liam tells her Beth’s death doesn’t have to define them – she needs to allow herself to enjoy things like this. He insists, “We matter.”

Hope cautions that she wants to reconnect with him, but she can’t risk it and she feels guilty. Liam says she has to stop. Hope doesn’t blame Steffy for putting distance between her and the girls, but it’s making her feel worse. Liam insists the girls are fine and Hope is the one who needs help. Hope urges him to go be with them; they’re his family. Talk turns to her belief she could have kept Beth alive if she’d stayed awake. 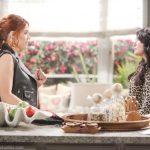 Regardless, Liam doesn’t want her to push him away. Hope’s body’s still in mourning and she’s not sure she’ll ever get over what happened. Liam observes you don’t ‘get over’ this, and wouldn’t pressure her, but he needs his wife. Hope needs him too. They embrace. And that’s a wrap. Don’t forget to check often with Soap Opera Spy for all your soap needs.