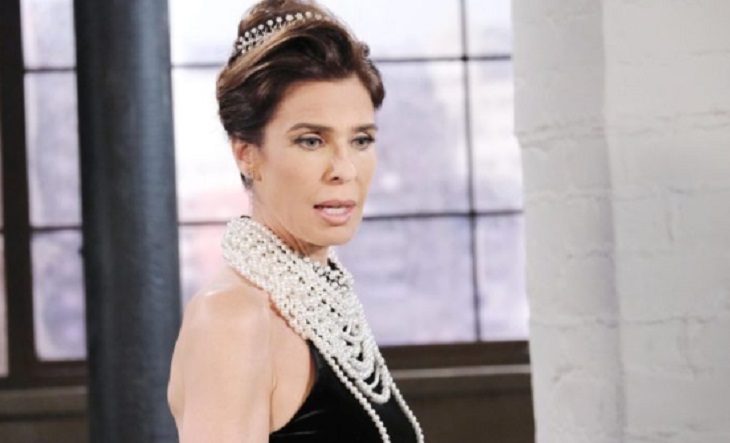 Days of Our Lives spoilers reveal Princess Gina (Kristian Alfonso) plans on fleeing Salem. The decision comes as the walls are closing in on her. Not only does Dr. Marlena Evans (Deidre Hall) know that she really isn’t Hope Brady, but the truth about Jennifer Horton’s (Melissa Reeves) fall from the balcony.

Before the time jump, Dr. Rolf (William Utay) transformed Hope into Princess Gina. He said that he had great plans for her. At the same time, he was able to get revenge on Hope for her actions against Stefano DiMera (formerly Joseph Mascolo. However, fans never thought she would be pushed to do the things she has so far. 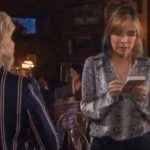 Days Of Our Lives Spoilers: Kate Has A Secret – Is It Connected To Her Trading CEO Job For Waitressing?

Once Jennifer discovered Dr. Rolf’s plan, it immediately put her at risk. However, the reporter didn’t realize that the mad scientist had already completed his transformation. The final step was putting the tiara on her head and that had already happened. As a result, Princess Gina made a terrifying decision. She tried to kill Jennifer by pushing her off the balcony on her wedding night.

The truth is going to come out once Abigail DiMera (Kate Mansi) takes her mother to the scene of the crime. The hope is that Jennifer will have memories of what really happened that night.

Days of Our Lives spoilers teased for awhile that Dr. Marlena Evans suspected that Hope wasn’t really herself. This was finally confirmed earlier this week when the psychiatrist blurted it out angrily to John Black (Drake Hogestyn). Even though “Doc” seems to know that Hope is literally not herself, it doesn’t appear that she realizes the woman is actually Princess Gina. However, it is just another step closer to exposing Princess Gina.

It is teased that the walls will begin closing in on Princess Gina. This leads her to make the choice to leave Salem. However, will she actually flee town or will she get caught before then? Plus, how will the Salemites get back the real Hope Brady?

Bold and the Beautiful Spoilers: Thomas Gloats After Breaking Bridge Up – Is It Too Soon?