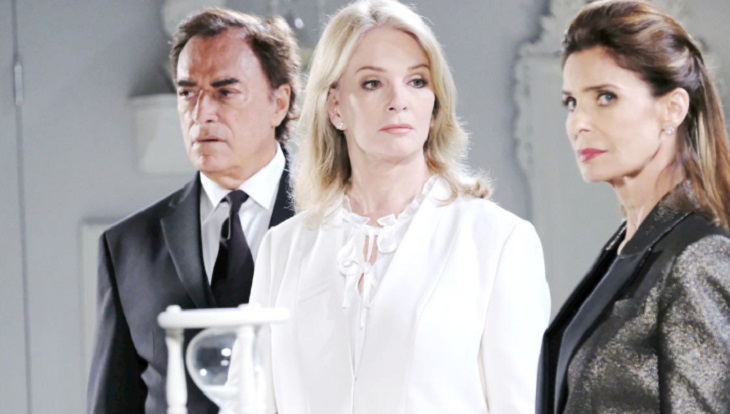 “Days of Our Lives” spoilers for Monday, March 18, tease that there’ll be a war for Dr. Marlena Evans’ (Deidre Hall) soul. John Black (Drake Hogestyn) is a mess since Marlena just flatlined in her hospital room. Dr. Kayla Johnson (Mary Beth Evans) did her best to bring Marlena back, but she’s clearly given up hope. She’ll believe it’s time for John to let Marlena go.

Meanwhile, Marlena will have a wild out-of-body experience. “Days of Our Lives” spoilers say she’ll find herself in a white room with a special visitor. Marlena will speak with Tony DiMera (Thaao Penghlis), who’ll contend that Marlena can’t go back. He’ll argue that since Marlena’s soul has left its body, she has to cross over.

Andre DiMera (Thaao Penghlis) will also make an appearance in Monday’s fantasy episode. DOOL fans can expect a Princess Gina (Kristian Alfonso) sighting as well. They’ll battle with Tony over where to take Marlena, but she’ll just want to be with her family again. It’ll be tough for Marlena to imagine how chaotic their world would be without her. 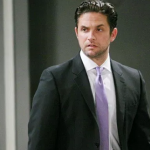 Days Of Our Lives Spoilers – Marlena’s Twisted Version Of Salem

Nevertheless, Marlena’s mind will go there as she considers an alternate reality. “Days” spoilers say Marlena’s imagination will run wild. Belle Black (Martha Madison) will return to grieve for her mom, so that’ll be difficult to watch.

Claire Brady’s (Olivia Rose Keegan) crisis will bring some drama, too. She’ll be handcuffed in some tense scenes with Belle on Friday, so she’ll clearly be out of control.

Of course, this arrest will only be in Marlena’s twisted version of Salem. Will Horton (Chandler Massey) won’t fare much better since it seems Leo Starke (Greg Rikaart) will still be ruining his life.

Days Of Our Lives Spoilers – Will Marlena Fight Her Way Back?

Brady Black (Eric Martsolf) will even get into a physical fight with Eric Brady (Greg Vaughan), so Marlena will see how her children and grandchildren would go off the rails without her.

“Days of Our Lives” spoilers say that’ll give Marlena the strength to fight her way back. She’ll leave John overjoyed when she miraculously survives and returns to her family. You can bet Diana Cooper (Judith Chapman) will fume over her botched plan!

Days Of Our Lives Spoilers: Leo Offers His Services To Stefan – What Is He Up To? https://t.co/YYo4oxfK7J pic.twitter.com/x39dM3snJo

It sounds like Monday’s episode will deliver plenty of excitement. We’ll give you updates as other “Days” news and rumors emerge. Stick with DOOL and don’t forget to check Soap Opera Spy often for the latest “Days of Our Lives” spoilers, rumors, updates and news.