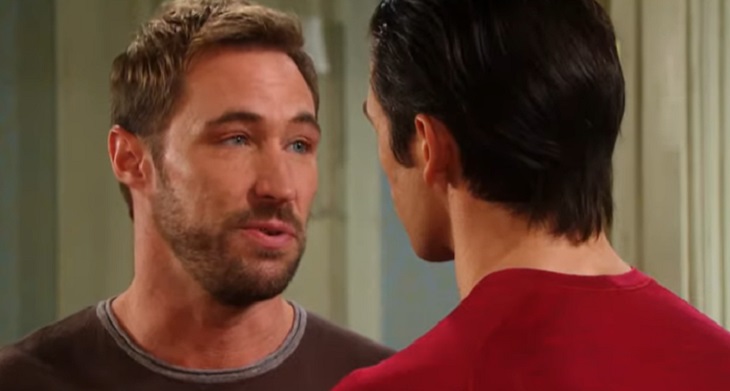 Sarah Gets Knocked Out

It begins with Kate confusing a few people and knocking out Sarah after she hears something that she takes the wrong way. Clearly, Sarah didn’t deserve to get knocked out the way that she did. But that’s not the only problem that Kate has to deal with right now. There’s also the fact that she doesn’t like the deal that Stefan has proposed to her. Kate figures that she needs to step back and reassess a few things before she makes her next move.

Elsewhere, Marlena Evans (Diedre Hall) is not happy with the way Roman Brady (Josh Taylor) has been making some rash decisions. Gabi knows that she needs to work overtime to save Stefan. Even though they’ve had their differences in the past, Gabi is now certain that she not only loves Stefan, but that she wants to spend the rest of her life with him.

Brady Black (Eric Martsolf) continues to apply pressure on Xander. After he got arrested, Brady figured that this would be the best way to finally kick him to the curb and let him go from Titan Industries. But Brady is not the only person who Xander has to deal with right now. There’s also Kristen, who is out to get her revenge on Xander after he stole her mask. The two have been playing a game of cat and mouse all over Salem.

Speaking of Kristen, Susan Banks is going to do an about face when she sees someone else with her face on. With two Susan banks running all around Salem, it will be hard to figure who is who. After Xander stole her Nicole Walker (Arianne Zucker) face, Kristen figured she had no choice but to run around pretending that she is Susan Banks, this is of course until the real Susan Banks decided to show up.

Rex Wants To Move Out

Meanwhile, Rex Brady (Kyle Lowder) decides it’s time to move out of the apartment that he shared with his brother Eric Brady (Greg Vaughan). Now that he’s married, their “Three’s Company” arrangement simply isn’t working for them anymore. Eric is on board with the idea until he realizes that he won’t get to see much of Sarah as he would like. Of course, fans will have to tune in to find out what will happen next.