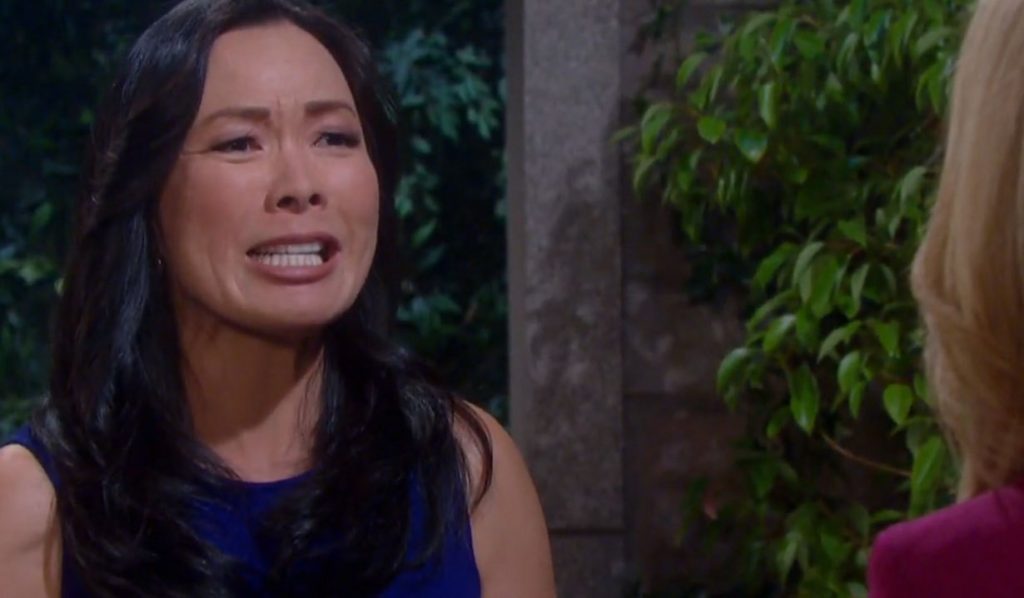 Days of Our Lives spoilers tease that Melinda Trask (Laura Kai Chen) will finally come to bat in a big way when she finds out her “little sister” Haley Chen (Thia Megia) is set for deportation!

DOOL Spoilers: Melinda Trask Will Tell Every One Who Her Daughter Is

She will let the cat out of the bag to everyone, including Haley, who had no idea, that she’s not her much older sister, but her mother! Haley will be stunned, and no doubt there will be some dramatic moments between the two when the truth comes out this week on Days of Our Lives!

The only problem is, Mama Bear has come out too late to prevent the deportation; it sounds like Melinda gave birth to Haley while still in China, and then left her with her parents while she immigrated to the United States and married Mr. Trask, who doesn’t appear to be anywhere around, and became a naturalized citizen. 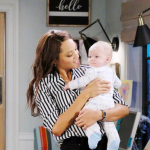 Days Of Our Lives Spoilers: Is It Too Late To Stop for Haley Chen’s Deportation

Which is the same plan that Haley and Tripp Dalton (Lucas Adams) had until Eve Donovan (Kassie DePaiva) blackmailed Haley with the recording that Claire Brady (Olivia Rose Keegan) made of Tripp telling that the marriage was fake!

If Melinda had brought baby Haley with her when she came over from China, there wouldn’t have been an issue. Haley would have been naturalized along with her mother after Melinda was married and got her green card and later her citizenship. Haley didn’t come over until she was much older so Melinda’s admission won’t do any good where Haley’s immigration status is concerned.

Mama Bear came out a little too late to help, but it looks like she’ll make up for lost time and then some, and Days of Our Lives viewers will see her claws come out for her grown-up little one! Jennifer Horton (Melissa Reeves) will reach out to an extremely distraught Melinda, and notice that she’s toting a gun!

What Jenn doesn’t know, is that Melinda plans to use it on Jack Deveraux (Matthew Ashford)! Stay tuned to Days of Our Lives and keep checking Days of Our Lives spoilers frequently for all the latest news, updates and developments!

General Hospital Spoilers: Oscar Wishes That Jason And Drew Would Get Past Their Differences