Days Of Our Lives Spoilers: Lucas Adams Talks About His Exit From DOOL 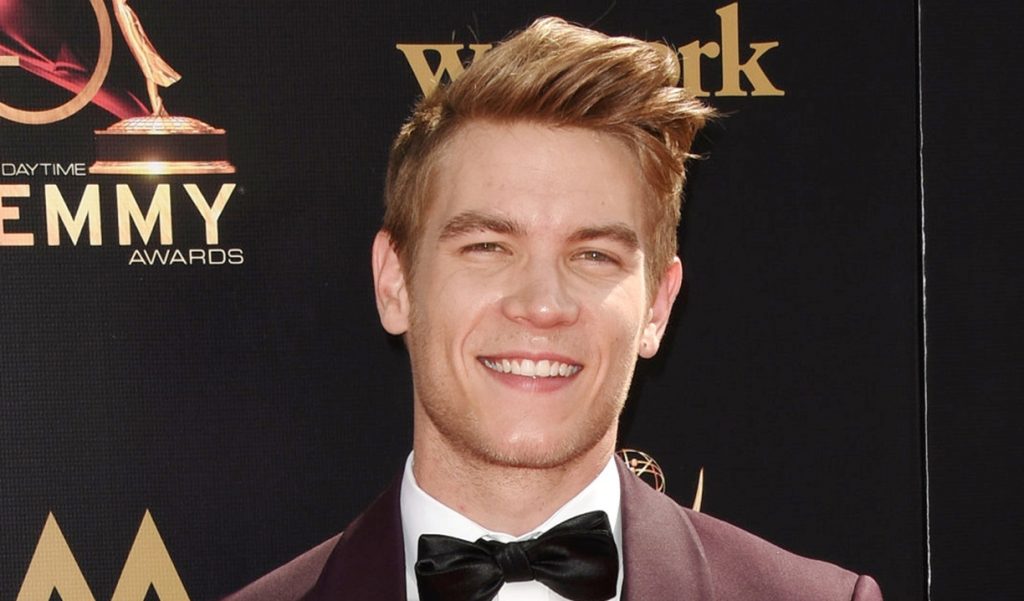 Fans of Tripp Dalton on “Days of Our Lives” will have to say their goodbyes to the character as he exits the show on August 29, 2019. The actor who plays the role, Lucas Adams, talked about his departure from the sudser with Soap Opera Digest.

Days Of Our Lives Spoilers – “It’s Just How It Goes”

Although he was a bit surprised, Lucas understood why his character had to leave. “The character wasn’t doing much,” he explained. “It was a couple of months before my contract came up that they told me. But I understand the entire show is storyline-driven, and that’s just how it goes,” he added.

However, there was one thing that he did regret now that his about to be taken off the canvas. His alter ego didn’t get the chance to reunite with his father, Steve Johson (Stephen Nichols)

Also known as Patch, Steve will return to Salem after leaving town to do some work with the ISA. In real life, its portrayer, Stephen didn’t sign a new contract with “Days of Our Lives.” Fortunately, the two parties managed to work out a deal that will lead to his character’s return on the show. However, by the time he returns home, his son, Tripp will leave Salem behind.

Adams said, “I had already left the show when I found out he was returning. I was really disappointed about that because I wish that goodbye could have happened. That was the whole reason Tripp came to Salem.”

Fortunately, Adam’s character won’t be killed off, which means he can still return in the future.

“That was the reason Tripp was sent to medical school and why they didn’t want to necessarily kill him off,” he said. “They wanted there to be an opportunity where he could easily come back. And there’s a hospital in Salem. So things have very much been left open,” he continued.

Days of Our Lives Spoilers: Can Gabi Forgive Stefan for her Prison Sentence? Camila Banus Teases the Answer! https://t.co/OpsNLX1bgP pic.twitter.com/A301CQILgV

Days Of Our Lives Spoilers – Lucas Adams Had Fun

“Days of Our Lives” is Adams’ first soap opera and he said it was a great experience. “I loved it. It was fun. Everybody I got to work with was incredible. They were amazing and very sweet people.”

“I always looked forward to going to work the next day. That was really nice because that’s not always how it is. Everybody was happy to see you, and you were happy to see them. Everybody talked about how their day was going or how their weekend was. It was nice to have that family atmosphere,” he added.

The Bold and the Beautiful Spoilers: Shauna’s Attempt To Make Peace With The Forresters Backfires!