Days of Our Lives Spoilers: Lani Is In For A Shock- Somebody Unexpected Shows Up! 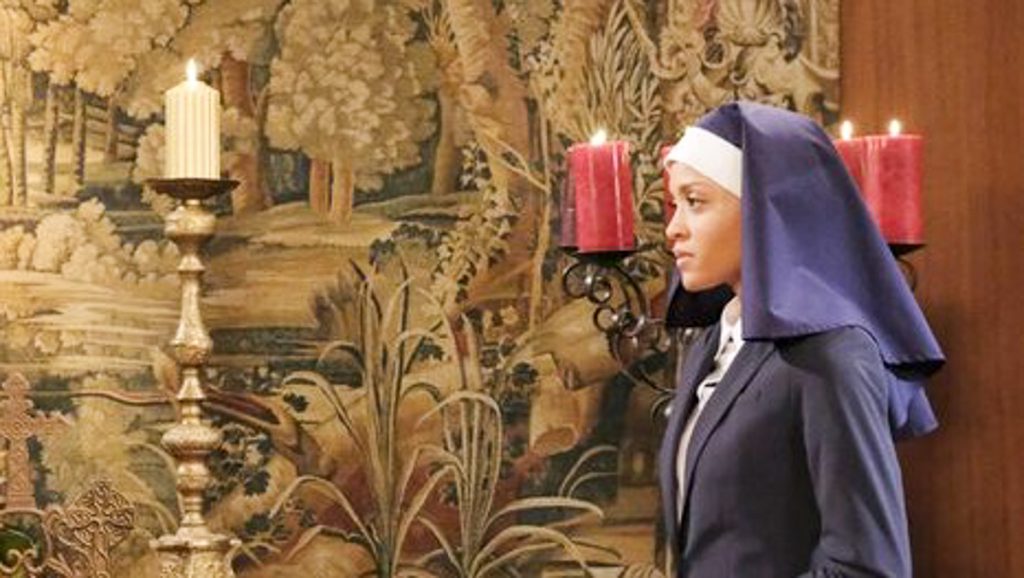 Days of Our Lives spoilers tease that there is going to be plenty of action for our favorite residents of Salem beginning the week of December 2. Just when you thought that things couldn’t get any more complicated for their lives, it appears as though we haven’t seen anything yet. Read on for all of the latest spoilers.

Days of Our Lives Spoilers: Stefano DiMera Is Back In Salem Much To Everyone’s Surprise

John Black (Drake Hogestyn) and Marlena Evans (Deidre Hall) will be forced to do a double take this week as they won’t be able to figure out exactly what’s going on after realizing that The Phoenix has contacted the Queen of the Night. In other words, Stefano DiMera is back, but is that really him? It certainly doesn’t look like it. Either way, it appears as though Stefano has some unfinished business to take care of.

Elsewhere, Ciara Brady (Victoria Konefal) will continue to work hard to try and find the truth about what really happened to Jordan Ridgeway (Chrishell Hartley). Knowing all too well that it wasn’t Ben Weston (Robert Scott Wilson) who killed her, she will have to dig very deep in order to find out the truth. So the first thing she ends up doing is digging through Xander Cook’s (Paul Telfer) belongings. Days of Our Lives spoilers tease that Ciara will go to great lengths in order to clear her boyfriend’s name.

Also, Gabi DiMera (Camila Banus) will end up saying the wrong thing to the wrong person, which might put her life in jeopardy. Of course, she is all too aware that Chad DiMera (Billy Flynn) has a target on her back.

DOOL Spoilers: Lani Is In For A Shock

And finally, Rafe Hernandez (Galen Gering) will raise the kind of questions that might turn out to be problematic while Lani Price (Sal Stowers) will be shocked when a very familiar face shows up out of the blue. Just when she was beginning to move on with her life, it looks like someone from her past will show up in the most unexpected of places. Days of Our Lives fans will have to tune in for all of the action! The soap airs weekdays on the NBC network.

The Bold and the Beautiful Spoilers: Thomas to be in Hope’s Life Forever – Will Liam Take Drastic Action?

General Hospital Spoilers: Michael Takes Care Of Wiley After Tragic Accident, Will He Discover The Truth