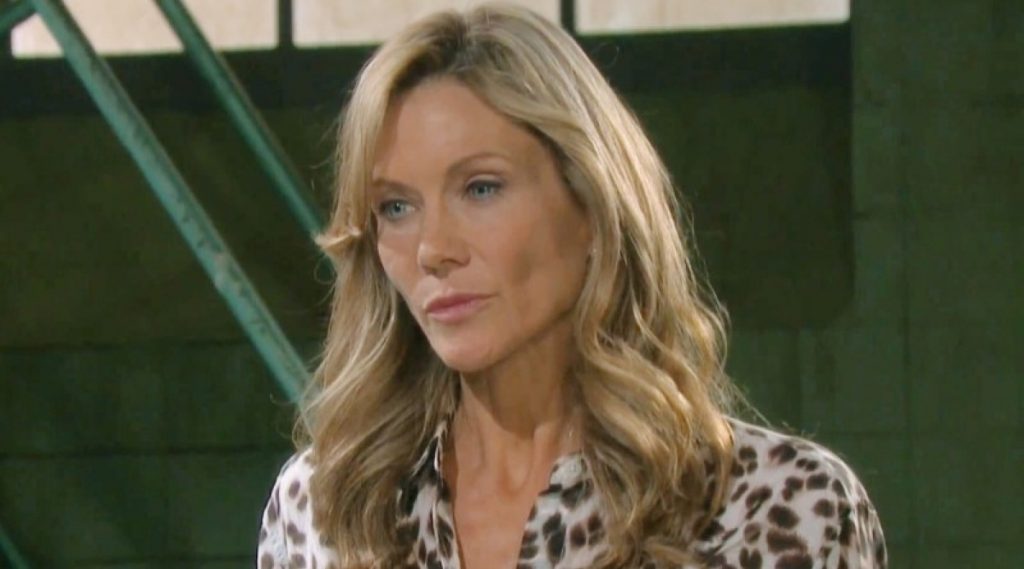 Days of Our Lives spoilers reveal Kristen DiMera (Stacy Haiduk) and Gabi Hernandez (Camila Banus) fight over who will control DiMera Enterprises. They both have similar plans on how to get what they want. However, which woman will win? The answer may surprise you.

According to the latest issue of Soap Opera Digest, there will be a double DiMera wedding. As fans already know from Friday’s episode, Gabi suggested that she and Stefan Dimera (Brandon Barash) wed so she can gain control. However, neither expect what will happen next.

Kristen will seek out Tony, go to his apartment, rip off her Nicole (Arianne Zucker) mask and ask Tony to marry her. She uses the theory that they need to band together in order to save their family legacy. This is what brings Tony back to Salem.

Days of Our Lives spoilers indicate that both women plan on marrying so they can become a DiMera, which will give them the chance to be CEO. Even though Kristen is a DiMera by adoption, very few people know that she is alive. However, she will reveal the truth in the next few weeks.

Let’s face facts: Gabi knows how to run a business. She is savvy, smart and built something from nothing. She is also capable of being seductively deceptive and manipulative. However, that is small potatoes compared to running an empire like Dimera Enterprises. She also doesn’t have the skills and talents that have made Kristen come back again and again. She is playing with fire, both with Stefan and the fake Nicole.

However, this doesn’t mean that Kristen will win. Maybe neither woman will run the company. Days of Our Lives spoilers report that Billy Flynn, who portrayed Chad DiMera is coming back to the NBC soap opera. His return is reportedly supposed to be toward the end of summer or the beginning of fall. Hopefully, he will come back to Salem and undo the damage that will be done to DiMera Enterprises.

Better yet, maybe the board will make a surprising decision and chose neither Kristen or Gabi. With all these DiMera’s turning up alive and coming back to Salem, there must be someone besides these two women to choose from. Or, maybe when Stefan’s name is cleared, he will regain control of his father’s company.

Who do you think should be chosen as the next CEO of DiMera Enterprises?

General Hospital Spoilers: Lulu Ready To Move On With Dustin?