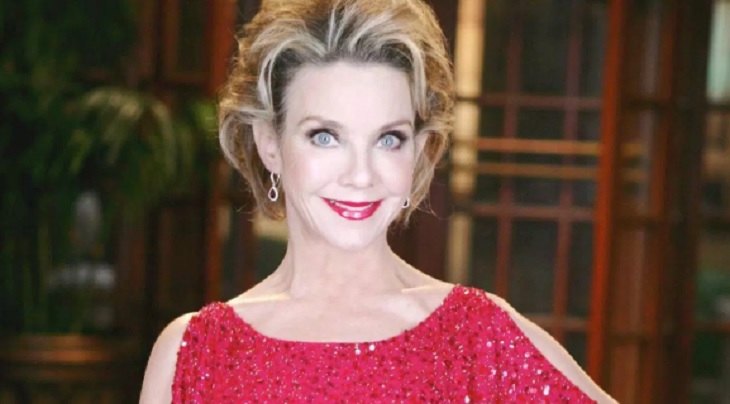 We’ve got some very exciting news for daytime television fans. There are new Days of Our Lives spoilers that indicate Judith Chapman is coming back to Salem and yes, she is ready to stir up some drama! The actress is best known for her role as Angelica Deveraux. Here’s what we know so far.

The last time that we saw Judith in action was back during the Halloween episode. And while fans love seeing her as Angelica, the actress will be back as a new character this time around and it’s one that viewers are already familiar with. Judith will be playing the role of Diana Cooper. In other words, Leo’s mom is back in town and she has a new connection.

Now, as far as what fans can expect, Judith says that her storyline is juicy. Diana is feisty but she also carries a lot of baggage with her. She makes it pretty clear that John was always the love of her life and that she plans to fight for him, which shouldn’t come as a surprise to anyone. She told TV Guide in an interview that Diana “is damaged because of her affair with John Black or whatever name he was going by at the time.”

Fans can expect to see Judith in action beginning the episode of January 29th. We will definitely be on the lookout as Judith is one actress who definitely knows how to deliver, regardless of what character she is playing on the small screen. Of course, fans will simply have to tune in to find out what will happen next. Days of Our Lives airs weekdays on the NBC network. Check your local listings for times.

Days of Our Lives Spoilers: Could Eric Learn He’s Holly’s Father, Instead Of Daniel? https://t.co/5vVXYyv6HR pic.twitter.com/vIbzR4gD4r

In the meantime, drop us a line with your thoughts in our comments section below. And as always, don’t forget to check back with Soap Opera Spy for all the latest news, updates and spoilers on Days of Our Lives and all of your favorite daytime television shows right here!