Days Of Our Lives Spoilers: How Far Will Kristen DiMera Go To Win Brady Black? 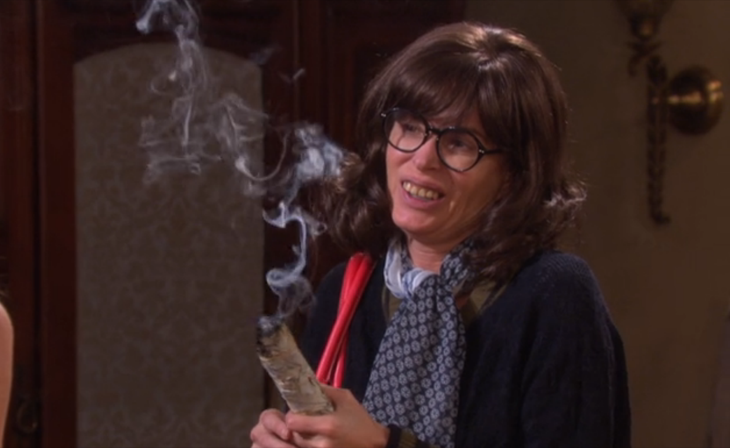 Days of Our Lives Kristen DiMera (Stacy Haiduk) is in Salem and is determined to get her hands on Brady Black (Eric Martsolf). Kristen’s rouse as Nicole Walker (Arianne Zucker) isn’t working but will Susan Banks (Stacy Haiduk)?

Brady wants nothing to do with Kristen, especially after her last stint in Salem when she tried to murder several people including Eve Deveraux (Kassie DePaiva). DOOL spoilers state that Brady used Kristen to find E.J. Dimera (ex-James Scott) for his step-sister, Sami Brady (Alison Sweeney) and then dropped her like a hot potato.

Days Of Our Lives spoilers reveal that Kristen had previously stolen Brady’s child from his mother’s womb and tried to pass him off as her own. Brady hates Kristen, but Kristen blames everyone but herself for Brady’s feelings and will stop at nothing to get him back.

Days of Our Lives Brady knows that Eric Brady (Greg Vaughan) loves Nicole and he has caused them to be apart long enough. Brady keeps rejecting Kristen, who is posing as Nicole because he thinks she belongs with Eric. Kristen realizes this isn’t working and blames Eric for yet another mess she has made, however, she has another trick up her sleeves, and it could be the most outlandish one yet.

With Will Horton’s (Chandler Massey) impending death on the horizon, it is the perfect time for Susan to show up in Salem. However, there is no reason for anyone to actually contact Susan unless she comes to Salem with Sami. So is it Susan who makes a play for Brady or is it someone else entirely?

DAYS Spoilers– Susan Has Swapped Place With Kristen Before

Kristen has taken Susan’s place before and is very good at impersonating her. Could Kristen and not Susan be the one who goes after Brady? The summer promo shows a shirtless Brady and Susan heading toward him questioning if it’s real.

Is it just me, or does Susan Banks look like "That Girl" after a night with Donald Trump. #days #DOOL #PaulSon #Wilson pic.twitter.com/KGH1g6wtoU

Susan has never made a play for Brady before; she’s always been inamoured by John Black (Drake Hogestyn) not his son. Has Susan set her sights on Brady or has Kristen found another disguise that isn’t so hard to keep secret?

When it comes to Susan, Kristen doesn’t have to wear a mask and use a voice changer. Days Of Our Lives spoilers state that Susan would be much less difficult for Kristen to pull off, especially since she realizes Brady isn’t going to fall for Nicole.

The Bold And The Beautiful Spoilers: Liam Fights For Hope — Can Their Love Survive Thomas’ Manipulation?