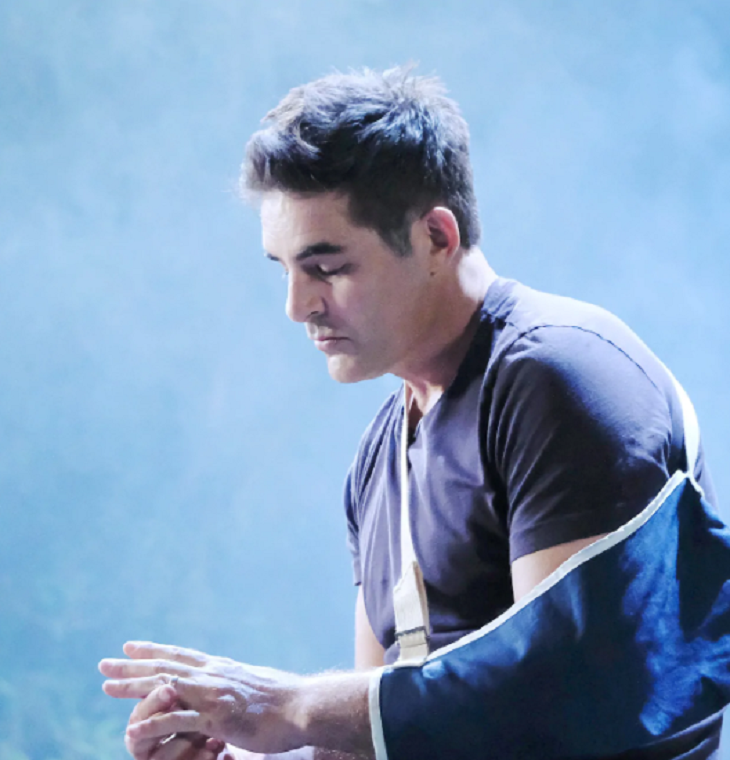 Days of Our Lives spoilers tease that Rafe Hernandez (Galen Gering) will become discouraged and frustrated after he apparently unintentionally causes the van carrying little Holly Jonas (Scarlett and Harlow Mallory) over a cliff, and it explodes.

His wife, Commissioner Hope Brady (Kristian Alfonso) gave him a direct order to proceed in a certain manner. He disobeyed and went rogue, thinking his idea was a better one.

He will more than likely have a hard time forgiving himself, given his love for children. But he knows Hope probably won’t forgive him either, and in despair pulls off his wedding ring and throws it over the cliff!

Days Of Our Lives Spoilers – Rope Fraying For Months

Days of Our Lives spoilers say that Hope and Rafe’s marriage will implode, and the “Rope” that has been fraying bit by bit for the last several months will finally break in two, and the two will go their separate ways.

Days Of Our Lives Coming And Goings: Thaao Penghlis And Leann Hunley To Return https://t.co/7Qw99uVDM0 pic.twitter.com/fGw39ErqzJ

Hope’s problem with Rafe is that he always seems to prefer playing hero for his exes, when she has expressed to him, that she needs him to be her hero, not always rushing off to save the day for someone else.

Rafe, on the other hand, has seen his wife get closer and closer to Ted Laurent (Gilles Marini). She  confides in him and even talks about their marriage troubles to this interloper. This is the cardinal sin for a married woman, or a married man, for that matter.

Days Of Our Lives Spoilers – Is A Divorce Inevitable?

It looks like divorce may be inevitable for Rafe and Hope, and their problems have become insurmountable. They are way beyond the help of a marriage counselor.

The two have never fully trusted each other with the opposite sex and that is one big part of it right there! Stay tuned to Days of Our Lives and keep checking Days of Our Lives spoilers frequently for all the latest news, updates, and developments!