Days of Our Lives Spoilers, Friday, June 28: Ben Opens Up To Marlena — Ciara And Tripp’s Plot To Trap Claire Hits A Snag 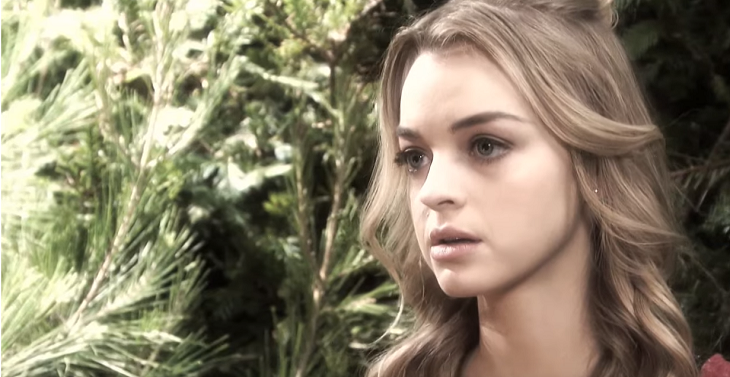 It begins with Ben Weston opening up to Marlena about Claire. He has a very good feeling that she was the one who not only started the fire that almost killed Ciara last year, but also the cabin fire that almost killed Tripp and Haley, too. He’s doing whatever it takes to clear his name as it’s becoming more and more clear that it’s Claire who has a problem putting her lighter down.

Days of Our Lives Spoilers, Thursday, June 27: Ciara And Tripp Have A Plan For Claire–Gabi And Stefan Can’t Deny Their Feelings

Meanwhile, Tripp and Ciara come up with a plan to hopefully corner Claire and get her to confess. They pretend that they are making out on the couch just so they can get Claire jealous. Little do they know that Claire is not only a very jealous person but a deranged and a dangerous one. When Claire finds both Tripp and Ciara cuddling on the couch together, she goes nuts. As a matter of fact, she tries to kill Tripp then and there.

Also, Kristen is concerned that Hope might be on her tail. She’s been asking more and more about Ted Lauren (Giles Marini) and his whereabouts. That’s why Kristen has decided to come up with a plan to get Hope off her back. If Hope doesn’t stop asking or looking for Ted, then she might end up in the same place that he is being held in, too.

In the latest #DAYS, Tripp and Ciara put their plan in motion to clear Ben's name.https://t.co/ZsCmioRrzb pic.twitter.com/5QtLLEaO94

While still on the run and hiding from authorities, Haley and JJ declare their love for one another. JJ says that while their future might look uncertain at this point, there’s no way that he will ever let go of her. The two of them are willing to fight this battle that’s ahead of them, no matter what it takes or where it takes them for that matter.