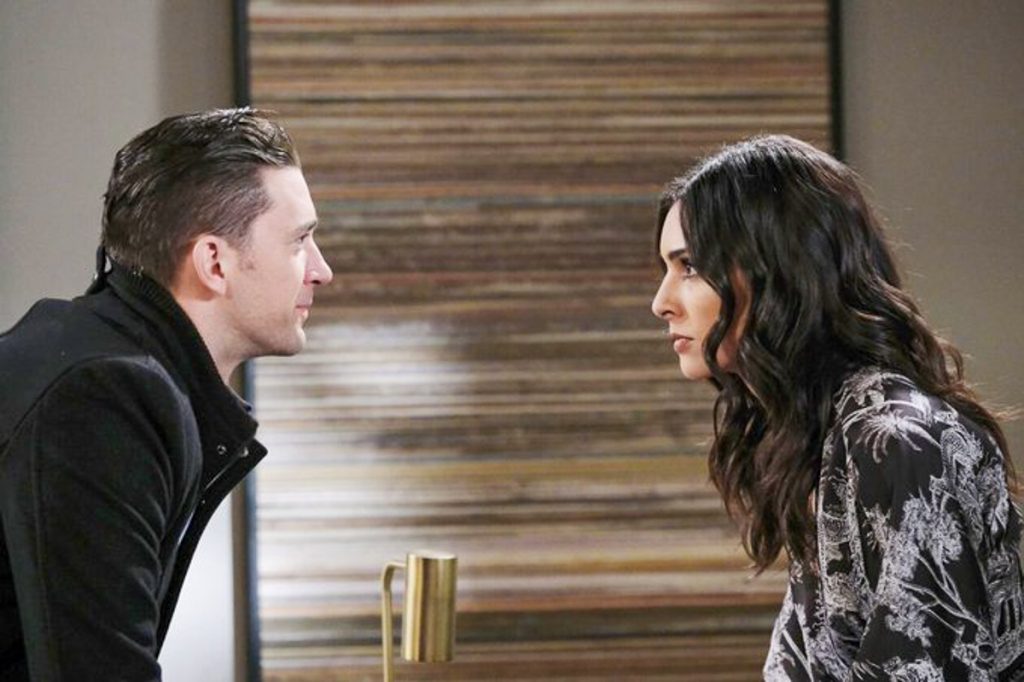 Days of Our Lives spoilers for Friday, December 6 tease another exciting day of drama, suspense and confrontations for DOOL viewers!

In Rome, where Eli Grant (Lamon Archey) has gone to thwart Chad DiMera (Billy Flynn) from obtaining Kristen DiMera’s (Stacy Haiduk) DiMera stock, Lani Price (Sal Stowers) comes face to face with her ex-fiancé! Apparently Eli has tracked Kristen to the convent where both she and Lani have been for the past year to become nuns. Will Lani be able to keep her secret of why she really dumped him at the altar from him?

Meanwhile, Eli is unaware that he has been followed – by JJ Deveraux (Casey Moss)! JJ trailed Eli to Rome, hoping he would lead him to Kristen. JJ has deadly revenge on his mind, and wants justice he feels that has been denied for himself and for his late girlfriend, Haley Chen (Thia Megia) who he believes Kristen killed intentionally, not accidentally.

Gabi Hernandez DiMera (Camila Banus) apparently changed her mind about going to her daughter Arianna Horton’s (Sydney Brower) dance recital, or else there is not really a dance recital and she made it up to throw Chad off the track! Unless this is all being done via telephone or email, there appears to be a huge confrontation ahead as Gabi and Chad go head to head for control of DiMera!

Dr. Marlena Evans (Deidre Hall) tells Eric Brady (Greg Vaughan) that baby Mickey Horton (the May twins) has a fever. This may cause some concern and panic if it happens to be a high fever, and not just the fairly common low grade fevers many babies have while they are teething. Undoubtedly, Sarah Horton (Linsey Godfrey) will be notified to either check the baby out herself or take her to her pediatrician as soon as possible. Marlena has raised four children of her own and a stepson, so if it is just a low grade fever she will not be too concerned, but a high grade fever is another story entirely!

JJ apparently finds Kristen by trailing Eli, and a dramatic confrontation awaits Days of Our Lives viewers! In the Day Of Days preview, viewers will recall that there was a scene of a disheveled JJ pointing a gun; this may what viewers see when JJ confronts Kristen, because he is out for blood! Question is, will Lani or Eli be nearby to jump into cop mode and save Kristen’s life, and hopefully save JJ from himself? Tune in tomorrow to see!

Days of Our Lives Spoilers: Abigail Takes Jennifer Back To The Bistro – Will She Remember Who Pushed Her?