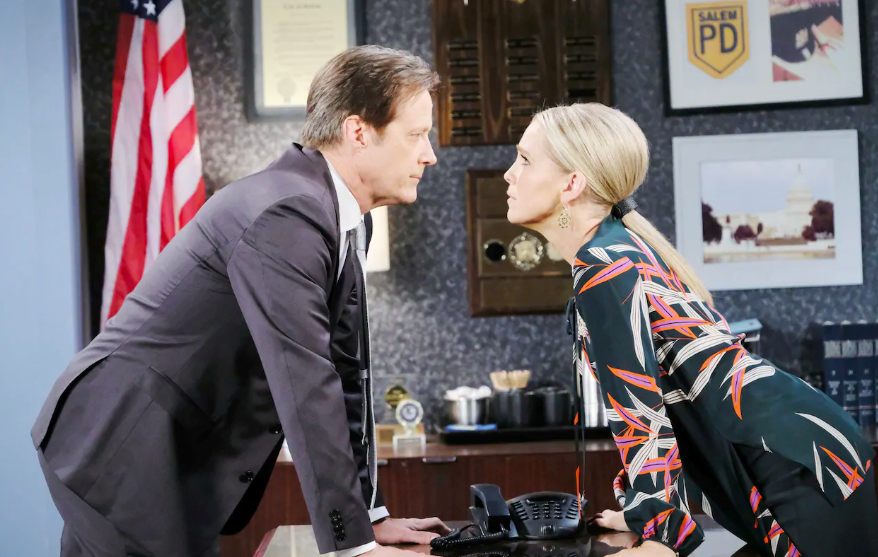 Days of Our Lives spoilers tease that Jennifer Horton (Melissa Reeves) is willing to do just about anything to get “her” Jack Deveraux (Matthew Ashford) back.

DOOL Spoilers: Jennifer Horton Is Willing To Do Anything To Get Jack Deveraux Back

That’s because she knows that deep down inside, the real Jack is still there, despite this “new” and awful Jack that has been working side by side with his new evil wife, Eve Donovan (Kassie de Paiva). Here’s what you need to know. 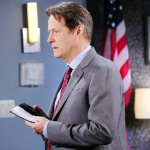 Now that the journal containing the formula for Dr. Rolf’s memory restoring serum has been found, Jennifer is doing what she can to urge her ex-husband to give it a try. She wants Jack to have his old memories back so he can remember the life they had before everything turned upside down.

But of course, there is one huge dilemma. Knowing what he now knows about the dark parts of his former self, Jack might not want to give up the person that he is today. After all, he’s the mayor of Salem and he’s got a new wife that he loves: Eve. Plus, he’s questioning a few other things, including what his past will do for his future.

Days Of Our Lives Spoilers: Jack Deveraux Is Thinking About Taking The Memory Serum

Despite the risks, Jack still thinks it’s a tempting opportunity. Days of Our Lives spoilers indicate that Jack is going to go to Kayla Johnson (Mary Beth Evans) before making his final decision. He wants to know more information about the magic drug and what the possible side effects are. If anything, he doesn’t want to develop the same deadly brain tumor that Will Horton (Chandler Massy) is currently fighting.

In the latest #DAYS, Tripp and Ciara put their plan in motion to clear Ben's name.https://t.co/ZsCmioRrzb pic.twitter.com/5QtLLEaO94

With that said, at the end of the day, Jack knows that he will need to ask himself if regaining the memory of his former life is worth risking everything that he has in his current life. Of course, if there is one person who has an opinion about that, it’s definitely Jennifer.

There’s no way that she will allow Jack to live the way that he’s living now, knowing that Eve is doing more damage than good. Jennifer has a huge task ahead of her, but she knows that this fight is one worth fighting for!

The Young And The Restless Spoilers: Chelsea Gives Adam An Ultimatum – Their Family Or Christian?