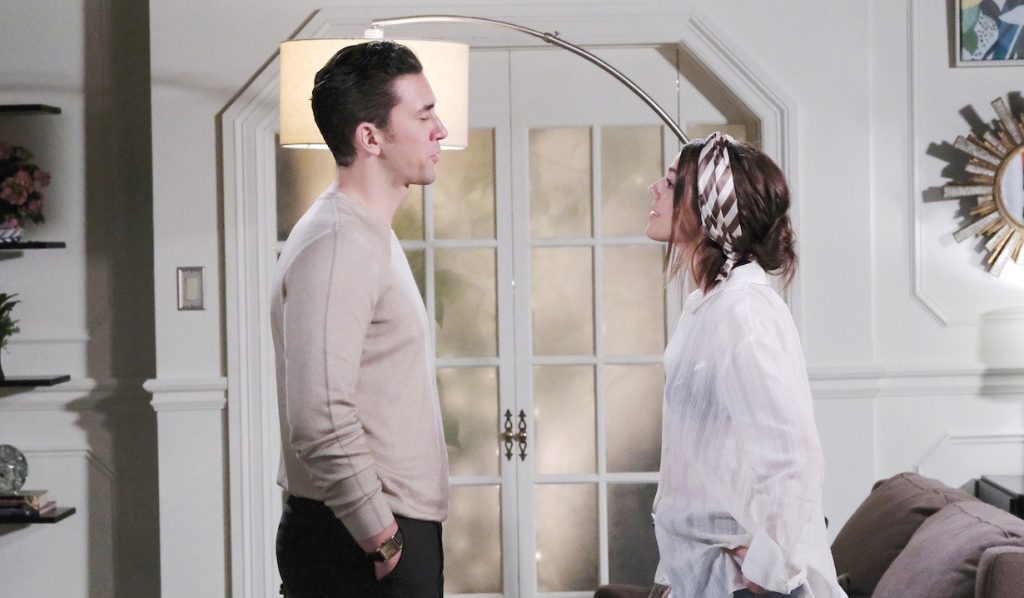 Chad & Abby in Paris episode 8 had a shocking conclusion. Right after “Chabby” recommitted to each other, there was a knock at the door. It was clear the visitor was not going away. When Chad DiMera (Billy Flynn) opened the door, he and Abigail (Kate Mansi) were stunned to see a familiar face. Who was at the door and how will this affect the couple? Here are our top theories.

At the end of the episode, fans did not see the person who was knocking at the door. The look on both Chad and Abigail’s face can only be described as pure shock.

This is leading fans to speculate that it is probably someone who has come back from the dead. If not, then it is someone they fear. In either case, who could it be and what do they want with “Chabby”?

Days of Our Lives spoilers tease Thaao Penghlis will be leaving again soon. On Instagram, the actor confirmed that it was the end of a chapter. He also said that Chad and his brother walk together, but separately. This time, Penghlis is portraying Tony DiMera. However, could the person at the door be none other than Andre DiMera?

In real life, actor Joseph Mascolo has passed away. It would be an insult to recast the part. In the DOOL universe, though, Stefano is alive, but in hiding somewhere. His name has been mentioned lately on Days of Our Lives. Is it possible that the knock on the door is from Stefano? The chances are slim, but we won’t rule it out. Anything is possible with the NBC soap!

Perhaps the knock is from Kristen DiMera. We haven’t seen her the past few days. The last time she was seen, Kristen got her immunity deal. Perhaps she jumped on a plane to pay Chad a visit? It might have to do with her plans for DiMera Enterprises. Maybe that is what brings “Chabby” back to Salem, to prevent Kristen from doing any more damage to the family name.

Who do you think is at Chad and Abigail’s door? Is it someone resurrected or could it be a person they fear? How will this develop as “Chabby” get closer to returning to Salem? Tell us your theories in the comments!