Days Of Our Lives Spoilers: Chabby In Paris – Who is Trying to Destroy ‘Chabby’ Marriage — and Why? 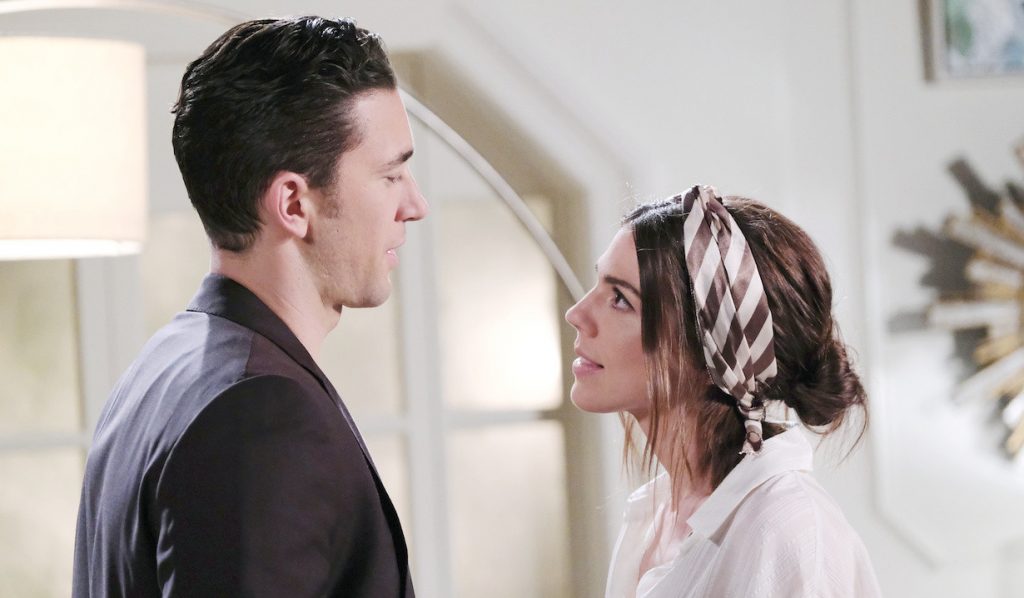 Chad & Abby in Paris episode 8 had a shocking scene. It turns out that Juliette’s (Rachele Schank) plan to seduce Chad DiMera (Billy Flynn) is more than just lust. She has a secret partner, and we have an idea on who it could be. However, who wants to destroy “Chabby” and why?

On the most recent episode of the Days of Our Lives companion series, Juliette took her dress off in front of Chad. Like a gentleman, he told her to put it back on. He also said he loved Abigail and immediately left London to return to her.

Meanwhile, Abigail reacted to Austin Reed (Austin Peck) planting her with a passionate kiss. She rejected his advances, but also didn’t make him feel bad about it. She simply stated that she has made mistakes herself and they are now even.

Fans certainly are relieved that “Chabby” resisted temptation. They are a fan-favorite couple and are still working on rebuilding trust.

Who is Juliette’s Secret Partner?

We have a theory on this. Look at what is happening on Days of Our Lives, it seems a few people could be in charge. One is Kristen DiMera (Stacy Haiduk). She wants to take control of DiMera Enterprises. However, she can’t do it if other people take the CEO position. With the possibility that Chad could return, she needs to do something.

As fans recall, last time he lost Abigail, he wasn’t able to work, much less function. Splitting them up, distracting Chad or creating a scandal would make him look bad, which means bad publicity for DiMera Enterprises.

Can the Fan-Favorite Couple Survive?

Days of Our Lives spoilers tease that Chad and Abigail return to Salem together. So far, every attempt to separate them has failed. After Chad returned from London, the two bonded. Both on the floor, they held each other. It is clear that the recent events have made both of them realize how important it is to stay united. Hopefully, this continues after they come back to Salem.