Days of Our Lives Spoilers: ‘Bristen’ Baby Bonding – Brady and Kristen Get Closer 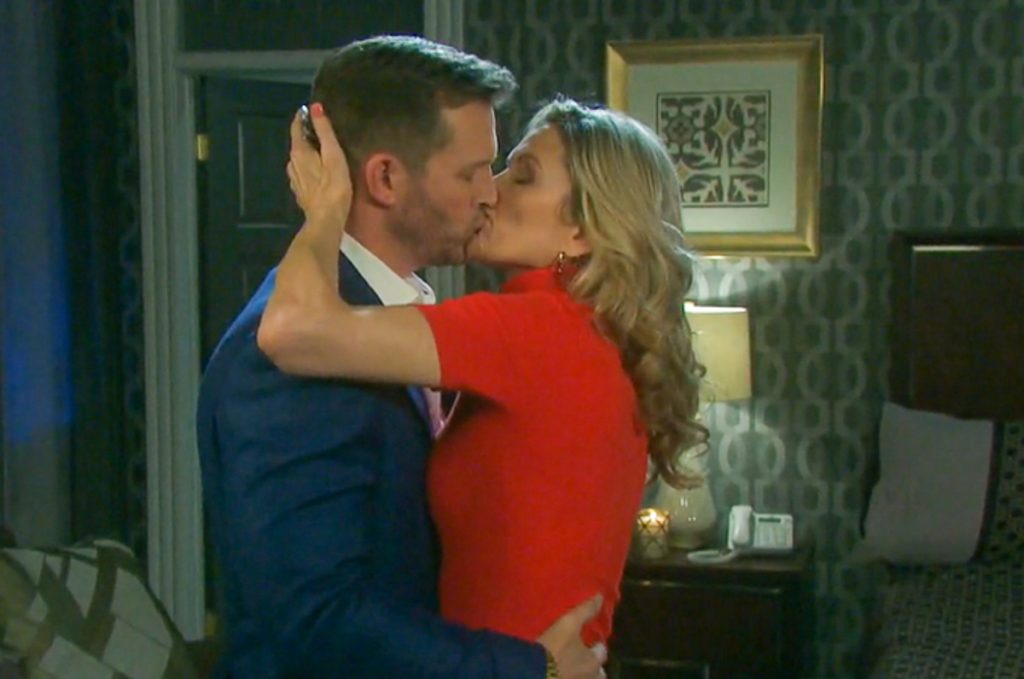 Days of Our Lives spoilers reveal Brady Black (Eric Martsolf) is trying to be there for his unborn child. At the same time, he is working hard to reject Kristen DiMera’s (Stacy Haiduk) advances. However, it seems that a “Bristen” reconciliation will eventually happen. Brady and Kristen get closer after hearing the baby’s heartbeat.

Despite the horrible things Kristen has done, Brady can’t help but feel drawn to her. But he knows for his own well-being, he needs to keep his distance. Even though his former flame is living with him at the Kiriakis mansion, he has rejected all of her advances.

Even though Brady is keeping his distance and pushing her away when she tries to get close, Kristen isn’t giving up. She is determined to get Brady back into her arms. She knows it is just a matter of time before they start to get closer again. She also has no shame in using their unborn child to manipulate Brady.

This is exactly what Brady’s loved ones are worried about. They know what a strong pull Kristen has on Brady. It was one thing when they were living apart. However, now that she is

Days of Our Lives spoilers tease that Brady and Kristen will bond over hearing their baby’s heartbeat. This suggests that it could be the beginning of the manipulation mistress getting everything she’s ever wanted. Not only has she surprisingly been able to conceive after being told she is infertile, but she could end up getting back Brady.

“Bristen” bonding over the baby won’t be the only thing that happens between the two. DOOL spoilers reveal that Brady wakes up and is surprised to find himself in Kristen’s bed. This seems to suggest that he doesn’t remember spending the night with her. This is making fans wonder if Dr. Rolf (William Utay) does something that affects Brady’s memory. If so, then it means Kristen is still up to her old tricks.

However, will Brady figure out that Kristen will never change before it’s too late? Plus, how will he take steps to protect the baby? She will either use the child as a bargaining chip, it will turn out just like Kristen or it will be a pawn in her sick schemes.