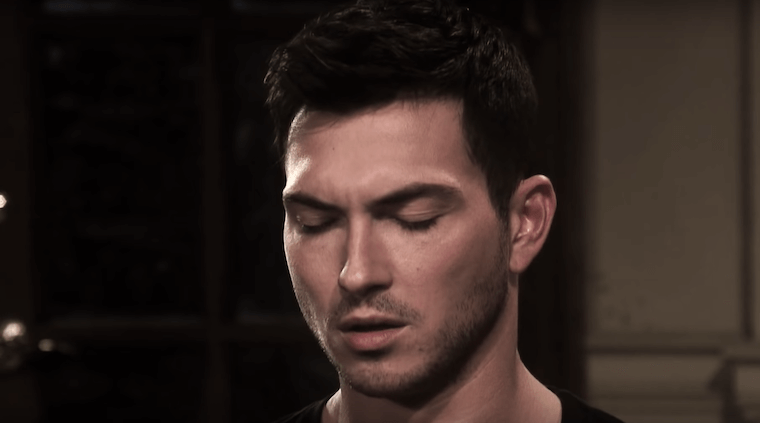 Days of Our Lives spoilers tease that when Ben Weston (Robert Scott Wilson) is found in the wrong place at the wrong time holding the wrong thing in Tuesday’s Days of Our Lives, the charges may not stick; the lighter Ben was caught red-handed with by Eli Grant (Lamon Archey) with was being protected from his fingerprints by a cloth!

DOOL Spoilers: Ben Weston Is Found In The Wrong Place At The Wrong Time

Days of Our Lives viewers have to wonder if Claire Brady (Olivia Rose Keegan) thought to wipe the lighter of her own fingerprints when she dropped it on the ground outside the Horton Cabin, which she had just doused with gasoline and set a match to not long before Ben and Eli got there!

If she didn’t, there’s not but so much covering up that Eve Deveraux (Kassie De Paiva) the “crookedest Commish of the Midwest” can do! Even Ted Laurent (Gilles Marini) with his “creative lawyering” wouldn’t prosecute a case with flimsy evidence at best and manufactured evidence at worst! Unfortunately for Eve, Ted is the only District Attorney she’s got at this time and it’s the DA who stands behind prosecutions and warrants!

Days Of Our Lives Spoilers: Eli Grant Will Bring Ben Weston In Under Probably Cause

Eli will bring Ben in under probable cause, having reason to suspect Ben was the arsonist based on his holding the lighter and having been proven in the past to have started the fire where Abigail DiMera (Kate Mansi) was trapped and went into labor with Thomas DiMera (Asher Morrissette).

Back then Ben was certifiably insane, and doesn’t deny the things he did back then, but it seems he may never live them down and will always be suspect number one in any fire or strangulation in the town of Salem! Ben just doesn’t want to be blamed for crimes he hasn’t committed, and who would? It’s not fair!

In the latest #DAYS, Ben rushes to Smith Island to find the cabin on fire.https://t.co/ZsCmioRrzb pic.twitter.com/tyf1F9QobA

DOOL Spoilers: Ben Westons Finger Prints Not On The Lighter

But if after the forensics department at Salem Police Department who would look for and develop evidence for criminal cases see that Ben’s fingerprints are not on the lighter – whether Claire’s or anyone else’s are or not – the charges may have to be dropped and Ben can only be held just so long on probable cause.

Eve can try to convince Eli that Ben wiped the lighter with the cloth he was holding it with, but he can’t honestly say that he saw Ben wipe the lighter, only that he saw him hold the lighter. Eli won’t lie so Eve can get a conviction!

So will Ben be freed after a twenty-four to forty-eight hour probable cause hold in jail because his prints are not found on the lighter?