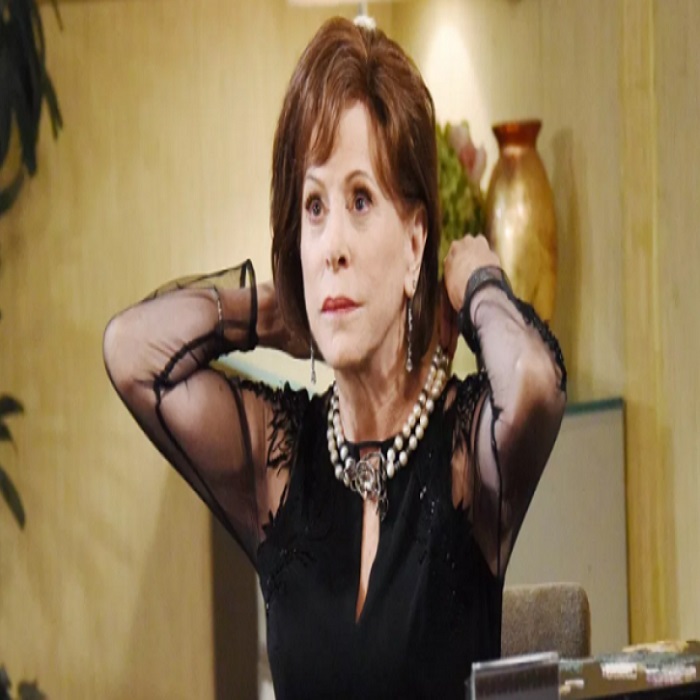 Vivian Alamain is a fan favorite baddie on “Days of Our Lives,” but viewers may no longer see its portrayer Louise Sorel play the part. Sorel opened up about a possible recast of her character. She joined the cast of the show in 1992 and left in 2000. She reprised her role once again in 2009 and 2017.

She’s been given another opportunity to reprise her role, but she might not be able to do so this time around. “I was given a week to return for a Period of time,” Sorel said. “It was too short notice. I love Vivian. Maybe Another time.”

A few months ago, there were rumors that Robin Strasser, who is set to appear on “Days of Our Lives” would play Vivian.

However, the actress was quick to dismiss claims and reminded everyone that not everything they find on the internet is true. She is indeed coming to Salem, but nobody knows if it is as Vivian or not.

Days of Our Lives Spoilers: Will Marlena Get Tony and Anna Back Together?

Based on Strasser’s statements, it seems like she’s playing another role, plus, the show has not confirmed the recast. Recasting the role of Vivian isn’t something new on the show. Back in 1993, Marj Dusay was asked to play the role.

Sorel was born in Los Angeles, California and during her early years, she has gone through theatrical training at the “Neighborhood Playhouse School of the Theatre in New York.”

Before she appeared on daytime television, the American actress spent a lot of time on Broadway. She played various roles like “Take Her,” “She’s Mine,” and “Man and Boy.” Her first movie appearance was on “The Party’s Over” while her first daytime dramatic role was as Augusta Wainwright on “Santa Barbara.” She also appeared on “One Life To Live” as District Attorney Judith Russell Sanders.

Days Of Our Lives Spoilers: Ben And Ciara In Grave Danger As They Find Themselves Trapped In Kristen’s Room #days #dool #daysofourlives #nbc #daytimetvhttps://t.co/Kulah7aanj

She briefly joined “Port Charles” as Donatella Stewart and Judge Ky Campobello on “All My Children.” Sorel’s impeccable performance as Vivian on “Days of Our Lives” garnered her five Soap Opera Digest Awards. She was awarded as Outstanding Villainess in 1994, Outstanding Showstopper in 1997, and Outstanding Scene Stealer.

General Hospital Rumor: Is Jared The Father Of Hayden’s Baby?