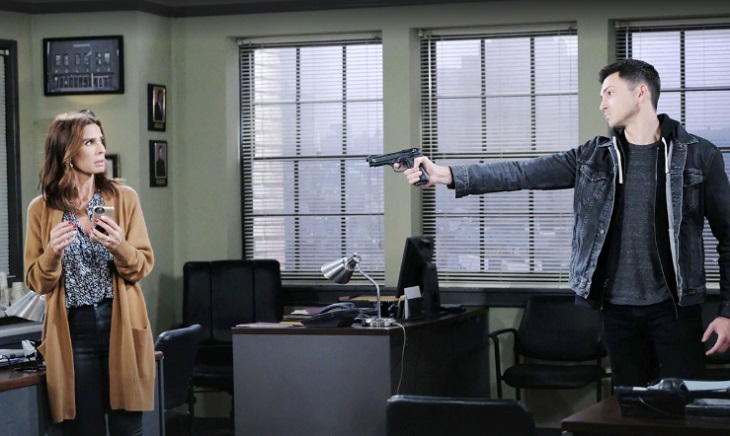 “Days of Our Lives” spoilers for Wednesday, February 13, tease that Rafe Hernandez (Galen Gering) will make his way back to Salem. He’ll find major drama waiting for him thanks to Jordan Ridgeway’s (Chrishell Hartley) latest plot. Jordan just drugged Kate Roberts (Lauren Koslow), so this victim will be dying somewhere by the time Rafe comes around. Naturally, he’ll leap into action immediately.

Rafe will make sure Kate gets to the hospital for treatment, but she won’t be out of the woods just yet. He’ll have to hold vigil at the hospital later this week, so it’s clear that Kate will be in bad shape. Meanwhile, Ben Weston (Robert Scott Wilson) will fear that he’s actually guilty. He’ll worry that he’s relapsed and his memory is failing him, but he’ll ultimately discount that horrible idea.

Days of Our Lives Spoilers – Ben Escapes From Salem PD

Deep down, Ben knows he could never hurt Ciara Brady (Victoria Konefal). He also knows he has no reason to go after Charlotte DiMera, so he’ll consider other options. It won’t be long until Ben solves this crazy mystery. “Days” spoilers say Ben will determine that Jordan must’ve set him up. He’ll realize Ciara could still be in danger, so he’ll manage to grab Eli Grant’s (Lamon Archey) gun and take charge.

Soon after, Ben will pull that weapon on Hope Hernandez (Kristian Alfonso). He’ll feel like they can work together, so he’ll try to force Hope to cooperate. However, Hope will wiggle out of this team effort and make her own escape. DOOL fans will see Ben turn to Chad DiMera (Billy Flynn) next, so this storyline will continue to heat up.

Over with John Black (Drake Hogestyn), he’ll fret over his history with Diana Cooper (Judith Chapman). Since John’s wondering if Leo Starke (Greg Rikaart) could be his son, he’ll decide to ask Diana for the truth on Wednesday. Unfortunately, “Days of Our Lives” spoilers hint that Diana may lie to John instead.

Days of Our Lives Spoilers – Diana Lies To John

It looks like Diana will claim John is Leo’s dad, but that doesn’t seem to be the case since Leo apparently murdered his real one. “Days of Our Lives” spoilers suggest Diana will use this phony revelation to her advantage. John and Dr. Marlena Evans (Deidre Hall) will eventually face some obstacles due to Diana’s scheming, but they should get some great scenes out of it.

“Days” viewers won’t want to miss all the excitement. We’ll give you updates as other news and rumors emerge. Stay tuned to DOOL and don’t forget to check Soap Opera Spy often for the latest “Days of Our Lives” spoilers, rumors, updates and news.