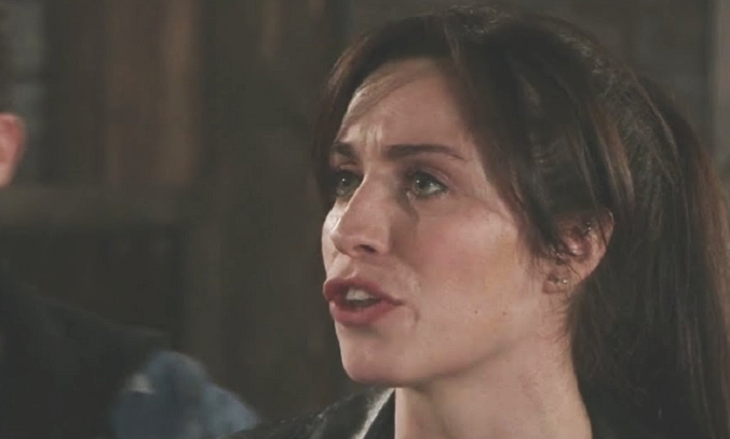 Coronation Street spoilers indicate that Shona Ramsey (Julia Goulding) will take matters into her own hands after she realizes that there might be something going on between David Platt (Jack P. Shepard) and newcomer Natalie Watkins (Cassie Bradley). As a matter of fact, things are about to get very dark. Here’s what you need to know.

And while Nick and David have been on pins and needles for many weeks now, Natalie is taking advantage of the position that she has. David will find himself in a lot of trouble after Natalie kisses him.

When Shona realizes what has been going on, she will get suspicious very fast. Shona will suspect that Natalie has been putting her moves on David after he eventually confesses to their brief moment of passion together.

Coronation Street spoilers indicate that Shona will blame Natalie for ruining her relationship wit David. And seeing what kind of feisty personality she has, there’s a strong possibility that Shona might make things ugly very quick.

One source close to Coronation Street that works behind the scenes says, “Shona [would] without a doubt, no question. Natalie is tiny and you just wouldn’t cross Shona! The angel on Shona’s shoulder has gone now. She is livid. Shona is on the warpath. The red mist comes down and she is not thinking straight.”

In other words, Natalie is going to have to watch her back! If there’s one person that you don’t want to mess with on the cobbles, it’s most definitely Shona. Will she end up getting rid of Natalie once and for all? Perhaps. Of course, fans will have to tune in to find out what will happen next!

In the meantime, keep up with Soap Opera Spy for all the latest news and updates on all of your favorite daytime television shows right here.

General Hospital Rumor: Ryan Uses His Kidney To Plea Bargain, Will The Serial Killer Get A Break?