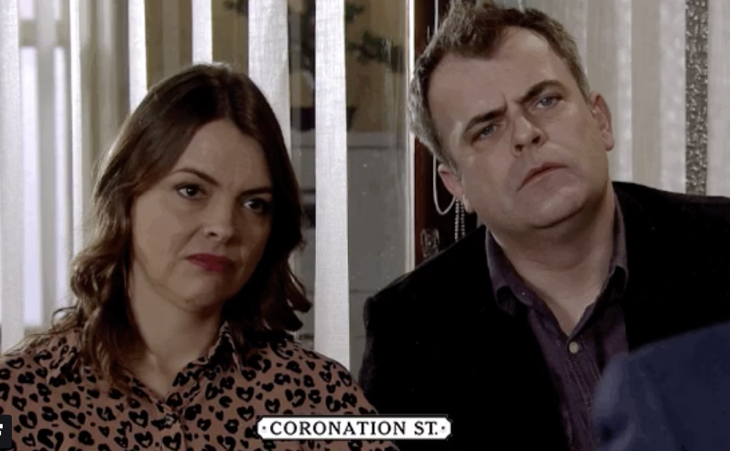 Their teenage daughter is carrying the child of gang leader Tyler Jefferies (Will Barnett). But Amy’s parents will do everything they can to keep Tyler away from their daughter and her unborn child, and that includes lying to Vicky Jefferies, (Kerri Quinn) Tyler’s mother. They came up with a crafty lie that Amy got an abortion but was caught red handed when their daughter told Vicky that she did not terminate her pregnancy. Could their little lie about Amy’s abortion put them in hot water?

Meanwhile, Steve and Tracy decide on what to do next. Things went from forcing Amy to give up social media to moving away to Kent to start a new life. Steve was shocked at Tracy’s suggestion and explained that they were both running businesses in Weatherfield. The couple started to argue and pointed each other’s lapses in their relationship. At a certain point in their disagreement, Tracy said that perhaps getting back with Steve wasn’t a good idea after all.

If the McDonalds do move, Coronation Street takes no responsibility for the sudden drop in house prices / rise in crime rates in Kent… 😅#Corrie #Steve #Tracy #Amy pic.twitter.com/z0F2WvyieY

But if there’s one thing that Steve and Tracy agree on, it’s the welfare of their daughter. It would seem that the pregnant teenager is going to face a lot of drama and unexpected turn of events, as hinted by Coronation Street boss Iain MacLeod. In an interview with the press, he said, “The story becomes more than being just about a teenage pregnancy.”

“It becomes about family and Steve and Tracy’s relationship – it forces them to instantly grow up and be parents for the first time in history.”

“It’s really good – it gives a leading role to Elle Mulvaney, who deserves the chance to step up and do something a bit more grown up. I’m very much looking forward to that.”

However, fans of the soap should also expect some humor in the storyline. MacLeod emphasized that Tracy and Steve will have an unconventional take on how they will handle Amy’s situation. He even compared Steve’s actions to the way Peter Griffin deals with things in Family Guy. “It’s very funny, classic Steve with that Corrie heart. It’s heartbreaking but ridiculous at the same time,” he said.

Days of Our Lives Spoilers: Leo Hits on Brady, Will Brady Retaliate – Karma Is Coming For Leo

Young and the Restless Poll: Rosales Family – What’s The Verdict, Who Is Your Favorite?