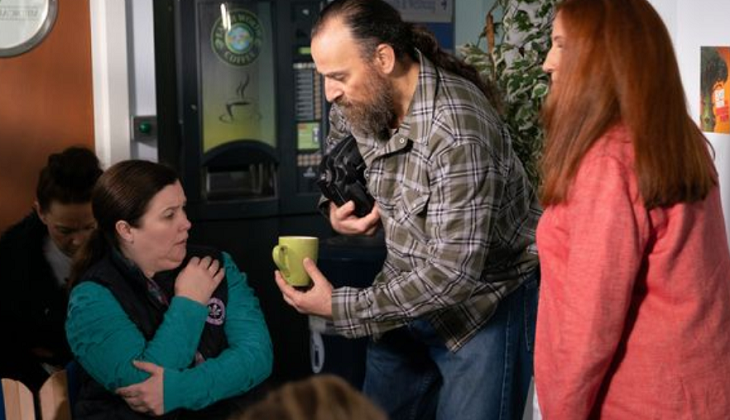 Coronation Street spoilers indicate that Mary Taylor (Patti Claire) will soon be left reeling after a horrible crash in Weatherfield will definitely put a damper on things in the coming weeks. Here’s what we know so far.

Mary will find herself struggling to carry out her daily duties as a florist and a super nanny after she becomes a victim to a crash that will leave a lot of people stunned on the cobbles. Mary had agreed to work with Tyrone Dobbs (Alan Halsall) and to look after his young daughter Ruby Dobbs (Macy Alabi) while he works in the garage.

In addition to her work as a part-time nanny, Mary has also agreed to help out Tracy Barlow (Kate Ford) at her floral shop, Preston’s Petals. Mary has been keeping very busy, which of course is a good thing. 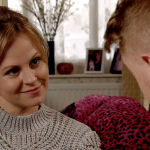 ‘Coronation Street’ Spoilers: Furious Sarah Breaks It Off With Gary After Shocking Discovery

Unfortunately, Weatherfield’s very own Mary Poppins will soon suffer an injury as she will become a victim of an untimely crash. This will happen right after she has a run-in with a builder by the name of Jan Lozinski (Piotr Baumann).

Mary will load up a van with flowers to send to customers in and around Weatherfield when Jan will unknowingly crash his bicycle into Mary and knock her over.

Thankfully, he will call for help and along with Moira Pollack (Louiza Patikas), the two will help get Mary to a nearby hospital, where doctors will end up putting her arm in a sling.

Coronation Street Spoilers – How Will Mary Taylor Carry Out Her Duties?

Later on, Mary will stop by the bar for a drink but will be less than pleased when she runs into Jan again. Even though he has apologized and offered to help her out, Mary will end up being very hostile to the builder.

That’s because she’s now stuck in a situation that she can’t get out of and of course, can’t carry out her duties as both a nanny and a florist for several long weeks.

Are the police closing in on Nick (and David)!?#Corrie #Nick #David pic.twitter.com/qf5PRT1CI8

This might be the beginning of a new feud in Weatherfield, unless Mary can make peace with Jan. Of course, fans will have to tune in to find out what will happen next.