‘Coronation Street’ Spoilers: Furious Sarah Breaks It Off With Gary After Shocking Discovery 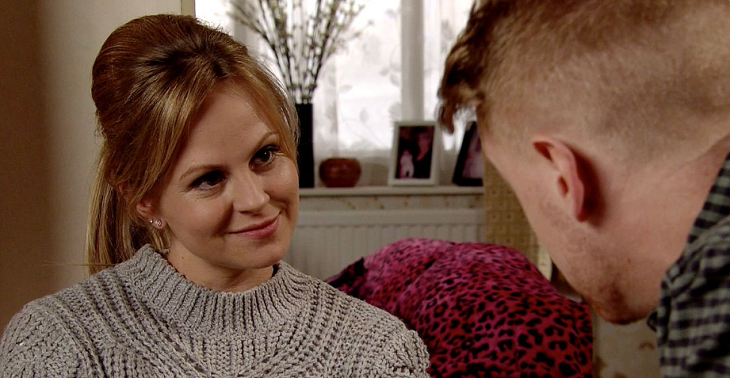 On April 19, “Coronation Street” will have an hour-long episode, which will show Sarah Platt (Tina O’Brien) cuts ties with Gary Windass (Mikey North) after making a shocking discovery.

Sarah will finally learn about Gary’s loan shark ordeal but that was not the deal breaker. She is set to make another shocking discovery that will force her to break things off with the man she loves.

Viewers of “Coronation Street” may recall that Gary took a large loan from Rick Neelan (Greg Wood) without anybody knowing. He tried to pay off his debt using Peter Barlow’s (Chris Gascoyne) bribe money, only to find out that the ruthless criminal has something else in store for him.

Rick forces Gary to play a part in his newest scheme, which involves conning old people out of their life savings by convincing them to take high-interest loans. Even with his nagging conscience telling him no, Gary had no choice but to do what Rick wants. 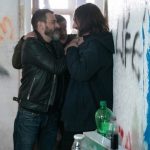 Sarah’s daughter Bethany Platt (Lucy Fallon) sees him wearing a suit while doing Rick’s dirty work. She then feels confused when she sees him wearing builder’s clothes when he returned home. Bethany and Sarah realize that Gary is hiding something.

Gary confides in Sarah about his ordeal after Rick took his builder’s van and every fixture and fittings in his yard. Even though she feels livid, Sarah still barely stands by her man while Gary reassures her that he has paid off his debt to Rick completely. He also promises her that he will no longer keep secrets, even though there is still something that he hasn’t told her.

Coronation Street Spoilers – Will Sarah Platt Give Him Another Chance?

Sarah reels when she discovers that Rick was in her house a few days ago when she overhears Alex Warner (Liam Bairstow) mention “Rick the loan shark.” She’s furious and horrified at the thought of that man getting close to her son. With this discovery, Sarah decides to end things with Gary and tells him that she doesn’t want to have anything to do with him anymore.

Later on, Sarah confides in her daughter Bethany and tells her that she regrets the day she got involved with Gary. However, Gary still hopes that Sarah will forgive him and asks Bethany for help.

We have a very special anniversary today!! 40 yrs since Audrey Roberts (played by the wonderful Sue Nicholls) first graced the cobbles. ❤️

As part of these celebrations, let's look back at Audrey's (not exactly welcome to all) first appearance.#Corrie #Audrey #ClassicCorrie pic.twitter.com/OTwxY9yFse

At this point, Bethany sides with Gary and encourages her mom to go out with him for a drink. They go to The Rovers and Gary asks Sarah for another chance. Will Sarah give in or will he leave him for good?