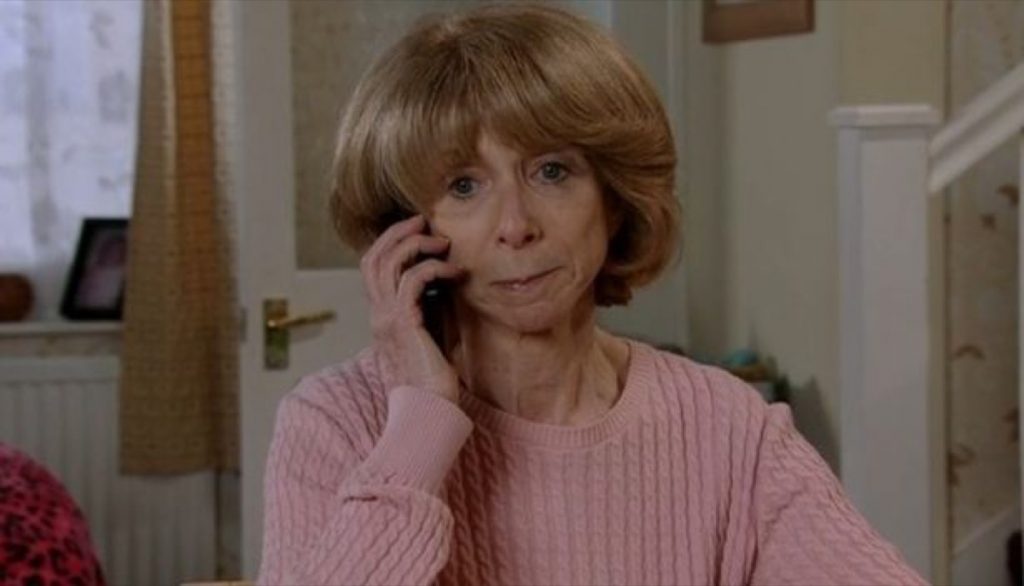 Say it isn’t so! New Coronation Street comings and goings tease that there’s a strong possibility that Gail Platt (Helen Worth) might be looking to take a break from Weatherfield very soon. Even though the veteran actress has been with the soap for many years, there’s a good chance that her character might be fall so much in love with Thailand that she might not want to come back home to England. Here’s what you need to know.

As many fans know, Gail was left torn apart after it was revealed that Nick Tilsley (Ben Price) had a hand in stealing over $80,000 from Audrey Roberts (Sue Nichols). With both Nick and David Platt (Jack P. Shepard) standing trial for their crime this week, Gail visited them in jail. However, they made it pretty clear that they didn’t want to see them. Her eldest son even told him that he doesn’t want to see her again.

If that weren’t enough, Sarah Platt (Tina O’Brien) has even given her mother a hard time after she found out that she took her son Harry to prison. And while Gail has never really had a good relationship with her own mother Audrey, it seems as though they have now grown farther apart than ever before because of this latest controversy. Gail has also said that she wanted to attend her sons’ trial instead of supporting Audrey, who is the victim in this case.

A New Life In Thailand

Unfortunately, the entire family has attacked Gail for her decisions so much so that she couldn’t take the stress anymore. The last that fans saw her she stormed out of the house and was making her way to the airport. During her last scene Gail could be seen sipping on a glass of champagne and telling a person sitting next to her that this was the first day of the rest of her life as she was making her way to Thailand.

Of course, Gail is yet to tell anyone about her new plans. But does this mean that this will be the last time that anyone will see her in Weatherfield? Fans will have to tune in to find out!