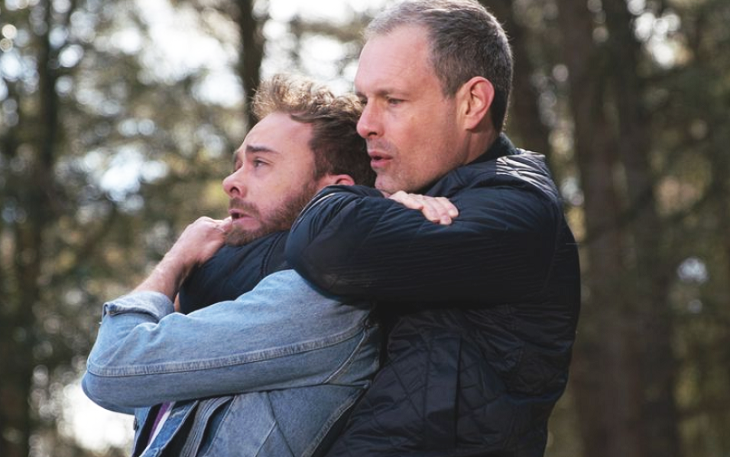 David will make a very bold move as he will confess to Audrey that Nick was the one who stole her inheritance money and that he in fact did help him spend it.

The only other person who knew the truth about the money was newcomer Natalie Watkins (Cassie Bradley), who has been using this little secret to her advantage as well.

Spoilers indicate that both David and Nick will be arrested in the aftermath of the Platt family’s vacation that went terribly wrong. 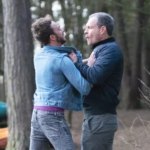 However, Nick feels assured that he will be off the hook. That’s because he’s willing to sign over his half of the barber shop to David in exchange for him taking the full blame of the stolen money.

And while Nick is hoping that everything will go as planned, that won’t happen. That’s because once the deed is signed over, David will double-cross him. That’s when Nick will decide to go to the police and tell the truth and nothing but the truth.

Coronation Street Spoilers – Nick Tilsley Out In The Cold?

Meanwhile, David will hand over the documents to Audrey and explain to her that he has transferred the barber shop in her name. He is sorry for doing her wrong. Audrey has a change of heart and ends up offering him a job at the barber shop, but under one condition.

He will be working under Maria Connor (Samia Ghadie). David will tell her that he’s grateful for the opportunity and accepts the offer without any argument. These latest developments could mean that Nick will be left out in the cold.

Needless to say, once he finds out about it, he won’t be happy at all. Coronation Street fans can prepare to see a showdown between Nick an David. It will be one that Weatherfield definitely hasn’t seen before! Of course, fans will have to tune in to find out what will happen next.

Also, check back with Soap Opera Spy for all the latest news right here.