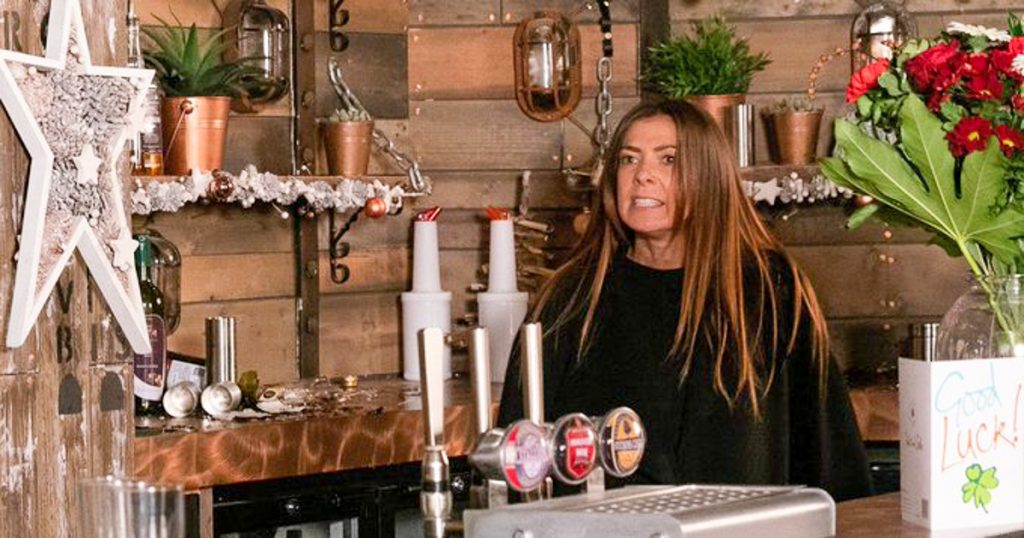 Coronation Street spoilers tease more drama and shock for Michelle Connor (Kym Marsh). Fans just learned the truth about Vicky Jefferies (Kerri Quinn) disappearing. Michelle and the pregnant mistress worked together to set up Robert Preston (Tristan Gemmill). Now, Michelle is getting ready to leave the cobbles. However, she will be stunned to discover the identity of the buyer.

Corrie spoilers reveal Robert had to pay for his devious deeds. Not only did he have an affair and get Vicky pregnant, but was engaged to two women at the same time. When it was discovered, Michelle masterminded a plan to get the ultimate revenge. However, it ended on a surprising note. But she still has the Bistro, which she is selling before leaving the cobbles.

Michelle just wants to leave town, so she doesn’t have the luxury of time to wait for the right offer. She ends up accepting a bid for the Bistro and while it’s not what she would have hoped to get, it’s something. However, she is stunned to learn that the person who is buying the business is none other than Ray Crosby (Mark Frost).

Coronation Street spoilers indicate that Michelle reacts to the news with destructive rage. Before leaving the cobbles, she will trash and destroy the Bistro. However, part of it is due to Ray being the man who is buying it. The other half of it is all the emotions of the events of the past few weeks. She has tried holding it together, but eventually, the woman needs to get all the anger and frustration out.

Fans wondered if actress Kym Marsh would return to reprise the role of Michelle Connor or if she was saying goodbye forever. You will be pleased to know that she is indeed returning in the future. She confirmed this in a statement to Metro, “We very much equally saw it as a break. We didn’t see it as me saying goodbye. So I think that discussion made it easier. I don’t want to sit here and say, ‘I’m leaving, that’s it.’ I love the character and I love the show. This is definitely not the end of Michelle, unless they kill me off screen!”

As to when she will come back or what her storyline will be, viewers will have to keep watching the British soap opera to see what happens.