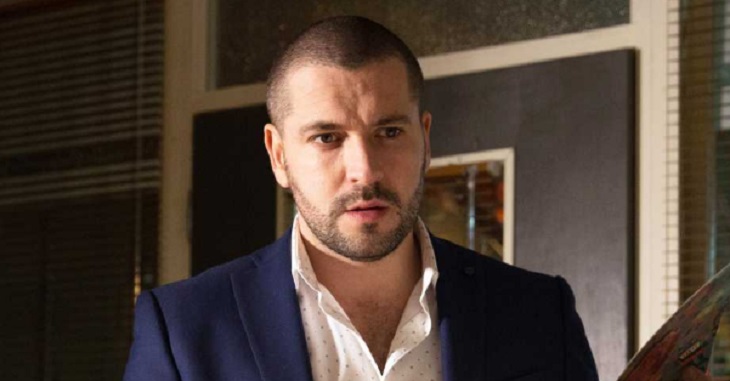 “X Factor” winner Shayne Ward has been very busy since leaving “Coronation Street.” Ward, who is known for his Corrie character Aidan Connor, is working on a new project together with Mark Jackson and Niamh McGrady and other British cast members.

Ward will take on the role as Dr. Giles Glover in a new British horror movie titled “Skendleby.” When asked about his new project, he said excitedly, “I am absolutely delighted to be joining a great cast and crew on an exciting new British film.”

“The script is brilliant and I can’t wait to get going,” he added.

The storyline revolves around an ancient curse that is haunting the Skendleby Hall. Shooting scenes for the movie will begin in the U.K. this coming April. “Skendleby” is Ward’s second big screen role and he couldn’t be more excited to be a part of it.

Peter’s on the warpath but is Abi to blame for burning down the boat?

Join us on Friday to find out! #Corrie #Peter #Abi #Sally #Tim pic.twitter.com/oZCfCxRPC3

Avid fans of the singer and actor may recall that Ward was the winner in “X Factor” Season 2 way back in 2005. He has built his acting career over the past years before landing a stint in “Coronation Street.” He became a household name when he took on the role as Aidan Connor in August 2015. He was the owner of the Underworld factory and the half-brother of Carla. He immediately became a fan favorite, making him the Best Newcomer in 2016 at the National Television Awards and Inside Soap awards.

His final episode on “Coronation Street” was branded by fans as the saddest in the show’s history. Ward exited the show by committing suicide off-screen. Before he took his life, he was seen sharing a heartbreaking dance with Eva and telling her that he knew about the baby. He went to the pub, made peace with Toyah, and bought one last round as he sat in silence while the people around him talked. Viewers may recall that his final scene was heartbreaking as he was seen crying alone in his home. The episode was lauded by both fans and critics for being able to handle the sensitive topic about suicide.