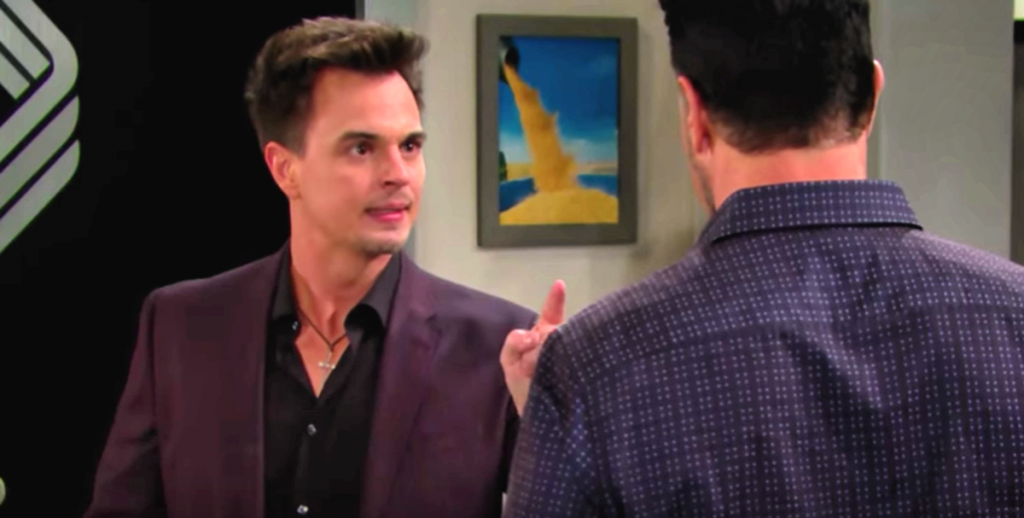 The Bold and the Beautiful spoilers tease that Wyatt Spencer (Darin Brooks) will soon make a big move. He’s been enjoying his work at Forrester Creations as a social media specialist, and by all accounts, he’s been wildly successful at it. Wyatt got his gig at Forrester after his dad Bill Spencer (Don Diamont) fired him from Spencer Publications when Wyatt spilled the beans about Bill’s lies and deceptions aimed at keeping Steffy Forrester (Jacqueline MacInnes Wood) and Liam Spencer (Scott Clifton) apart.

But Wyatt’s a Spencer, and he’s always had it in the back of his mind that he might go back to Spencer Publications someday. Now that some time has passed and Wyatt has largely patched things up with Bill, the time will seem right for Wyatt to go back to Spencer.

Plus, Wyatt will have something else on his mind. He and Sally Spectra (Courtney Hope) have become very close, and he’s well-aware of Sally’s passion for designing. But Sally’s in a weird position at Forrester because she’s constantly fighting for her designs to be considered. It’s been an adjustment for Sally because she’s used to being in charge of her own fashion house.

It looks like Wyatt will get a bright idea. It seems that he’ll pitch the idea to Bill of his coming back to Spencer Publications…something Bill would absolutely love. But Wyatt will have a stipulation. He’ll want Bill to revive Spectra Fashions so that Sally can get her fashion house back.

Bill may balk a bit at that idea, but it seems that he’ll soon hop on board, since B&B spoilers say that Sally and Wyatt will soon celebrate the resurrection of the Spectra house. It should prove to be a great situation for everyone involved…Bill will get Wyatt back at Spencer, Wyatt will be back at his family’s company, and Sally will be back in charge of her own fashion house.

Bold And The Beautiful Spoilers: ‘Lope’ Marriage In Trouble – Will Hope Step It Up Before She Loses Liam?

There’s even the possibility that Wyatt will take an active role in the Spectra Fashions division. Wyatt’s got good business sense, and he and Sally might decide to combine their talents and really move the Spectra line forward. Win-win!

Do you think that Wyatt and Sally will be wildly successful once they’re back in alliance with Bill? Stay tuned to the CBS soap and don’t forget to check CDL often for the latest Bold and the Beautiful spoilers, updates, and news.