Bold And The Beautiful Spoilers: Wyatt and Flo Revisit Their Past – Zoe Panics As Flo Spends Time With Liam and Hope 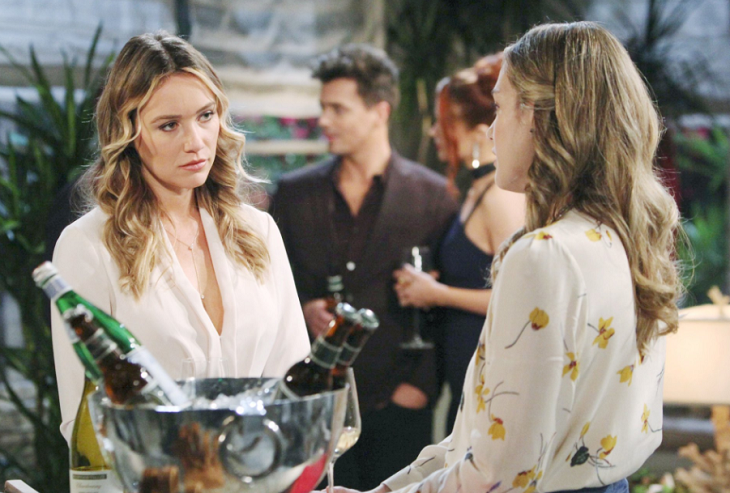 Flo’s (Katrina Bowden) move to stay in Los Angeles was unexpected, due to her involvement in the baby swap drama. But she accepted a job at the Bikini Bar, much to Zoe’s (Kiara Barnes) surprise. Of course, it is highly likely that Flo will cross paths with the people she should not be meeting, like Hope (Annika Noelle) and Liam (Scott Clifton).

Spoilers tease that Zoe finds out about Flo working at the bar and confronts her about it. But then later on, Zoe introduces Flo to Hope and mentions that she’s the biological mother of Phoebe. When Hope tells Liam, he feels there’s something off about it.

But there’s one person in town she has a surprising connection to – Wyatt (Darin Brooks). The Bold and the Beautiful spoilers reveal that Wyatt and Flo are actually high school sweethearts. They were so in love with each other back then, but Wyatt suddenly disappeared from Flo’s life because he and his mother, Quinn (Rena Sofer), had to leave in the middle of the night. Wyatt did not get a chance to explain and say goodbye. Bumping into each other now, Wyatt and Flo will revisit their past.

Bold And The Beautiful – Hope And Flo Hit It Off

Later, Wyatt will invite Flo to have a dinner with him and Sally, along with Hope and Liam. Spoilers also reveal that Hope and Flo will get to bond and Hope feels a connection with Flo as they talk about what it feels to lose a child. As Flo gets closer to Hope, her guilty feelings grow and she is tempted to spill the truth about baby Phoebe.

Zoe then has enough reasons to panic, especially when she discovers Flo has spent time with Hope and Liam. She fears the secret will be out and her father will surely go to jail. The Bold and the Beautiful reveals that Flo will tell Reese that she can no longer keep his secret.

Read more news, spoilers, and gossip on our Bold and The Beautiful homepage!

Days Of Our Lives Spoilers: Chloe Finds Evidence Of A Stalker