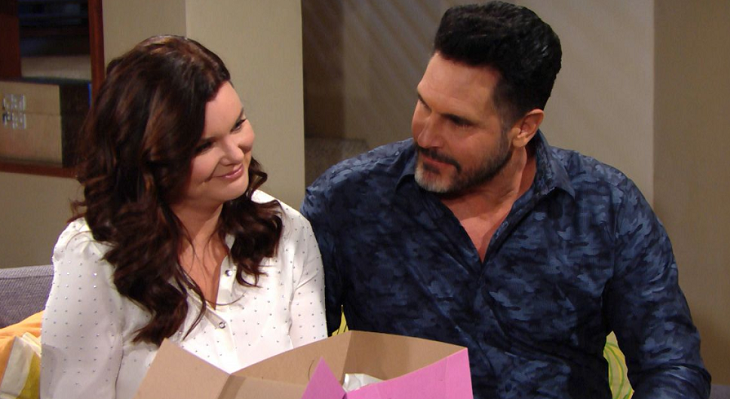 The Bold and the Beautiful spoilers tease that Katie Logan (Heather Tom) will be in for a big surprise. She and Bill Spencer (Don Diamont) have been getting closer recently. Their son Will Spencer (Finnegan George) did a good job of setting them up on a couple of romantic dates, and they thoroughly enjoyed their time together. Plus, Katie helped Bill cope when he learned that Caroline Spencer (Linsey Godfrey) had died.

But now that Will has been revealed as Bill and Katie’s secret cupid, their “accidental” meetings and dinners have come to an end, and now the ball’s in their court if they want to forge ahead with a relationship. They’ve told Will that his matchmaking efforts need to come to an end, so the onus is on them if they want to be together.

According to B&B spoilers, the two will soon do some deep thinking about whether getting back together is something they want to pursue. It’s been a while since Bill was in a relationship, so he may be ready to move forward. 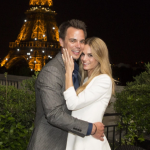 But Katie may be more cautious. She’s just recently ended her marriage to Thorne Forrester (Ingo Rademacher), and she’s still reeling from that split.

Of course, it wasn’t Kate’s idea to end her marriage to Thorne, so she may still be struggling with the annulment. Thorne really dropped a bomb on Katie when he announced that he wanted the annulment, and she’s still reeling from that shock. And it looks like Thorne’s gone for good, since Ingo Rademacher has left B&B to return to General Hospital.

But at the same time, Katie’s got Will to think about, and Will seems really hopeful that his parents will get back together. Katie puts Will above anything else in her life, and she wants to make life as happy and fulfilled for him as possible. So that may make her particularly receptive to the idea of getting back together with Bill.

And we can’t forget that Bill has made some major changes in his life lately. He has really stepped up as a father to Will, and he’s made major inroads with his adult sons Wyatt Spencer (Darin Brooks) and Liam Spencer (Scott Clifton). He’s the “new Bill Spencer” and Katie has really been impressed with all of his efforts lately.

Well, according to B&B spoilers, Bill will make Kate an offer about their future together. He’ll suggest to Katie that they might seriously consider reuniting their family…if it’s what she wants. So, it looks like Bill will take the direct approach and indicate his desire to get back together with Katie.

But will Katie consider his offer? We think it’s likely, given how close Bill and Katie have become lately, and considering Bill’s on-going good behavior. What do you think – will Katie give Bill another chance to make her happy?