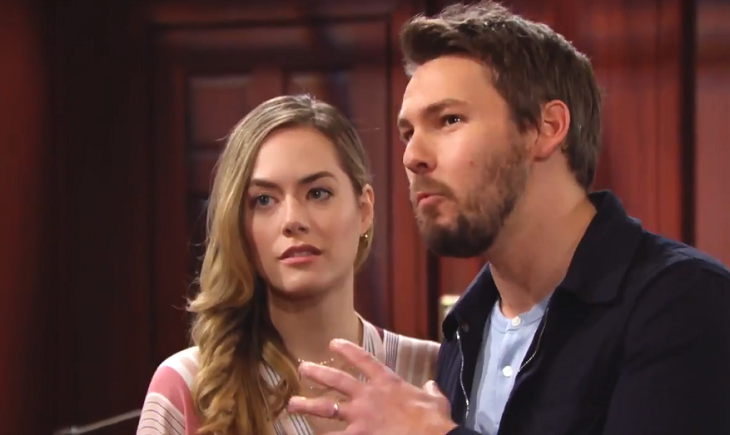 “The Bold and the Beautiful” (BB) recap for Thursday, May 9, 2019 tease that we will have a day filled with confrontations, one feeling guilty, and let’s not forget plenty of drama. We have a very exciting day coming up and you will not want to miss a moment of the action!

B&B’s Thomas Forrester (Matthew Atkinson) is stunned when Liam Spencer (Scott Clifton) returns from Paris and confronts him about his actions. Recently Thomas learned that Wyatt Spencer (Darin Brooks) now knows the truth of what he has been up to as far as trying to make a move on Hope Logan Spencer (Annika Noelle).

Thomas figured that Wyatt would call his brother and fill him in on the latest. But he never thought Liam would rush home quite that quickly.

Bold And The Beautiful Spoilers – Thomas Forrester Is Shocked

Thomas Forrester will be shocked when Liam Spencer comes to him and confronts him about making a move on his wife. Liam will be furious that Thomas could stoop this low and try to turn Hope Logan Spencer against him while she is in a very vulnerable state.

Liam loves his wife and lets Thomas know that he is not going to let him come between them. He will also tell Thomas that he better back off. Do you B&B fans think Thomas will listen and quit trying to pursue Hope?

Other “Bold and the Beautiful” spoilers suggest that Flo Fulton (Katrina Bowden) feels guilty for doing the same when Wyatt Spencer informs her that Sally Spectra (Courtney Hope) moved out because of a secret. Wyatt will reveal to Flo what just went down between him and Sally.

Bold And The Beautiful Spoilers – Flo Fulton Worries About Secret

He will also tell her that Sally decided to move out. Flo will feel awful after she sees how upset Wyatt is because Sally kept a secret from him.

Flo can only imagine how many people are going to be upset with her once the truth comes out about the baby switch and the part she played in it. Do you think Flo may end up trusting Wyatt and coming clean to him?