Bold and The Beautiful Spoilers: Thomas Forrester is Back What Does That Mean For Sally and Wyatt 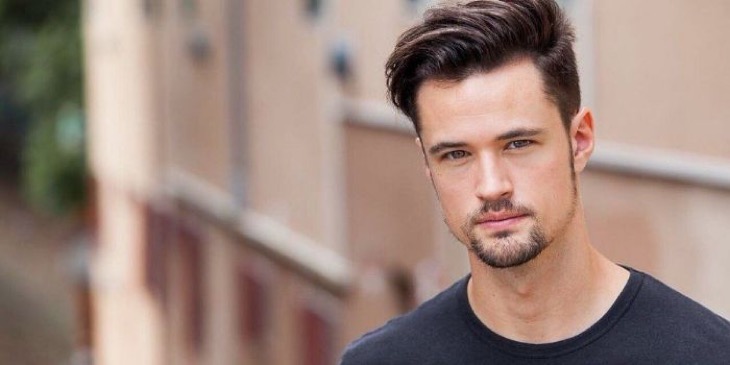 The Bold and the Beautiful (B&B) casting news reveals that Thomas Forrester is heading back to the CBS soap opera. According to Soap Opera Digest, the new Thomas Forrester will be Matthew Atkinson. He will debut in March and he should return with a hot storyline. Here’s everything we know about Thomas Forrester’s return to B&B.

Mathew Is No Stranger To Soaps

If his name sounds familiar, it’s because he was on Young and the Restless several years ago. Atkinson played Summer Newman’s (Hunter King) unpopular husband, Austin Travers. He was murdered in a shocking cabin murder twist. His death rocked Summer to her core. Then there was the little tidbit about Austin having an affair with Abby Newman (Melissa Ordway). Who can forget their catfight over that one?

Thomas Will Bring The Drama

Thomas Forrester was last seen on Bold and the Beautiful last year. Pierson Fode left the soap opera to pursue other opportunities. While many B&B fans had hoped that he would change his mind, he hasn’t. So, CBS had no other choice but to recast the role. And, as a die-hard Bold and the Beautiful fans, this casting choice is exciting.

Matthew proved his acting chops when he delivered great material on Young and the Restless. He was part of a love triangle and he never ceased to amaze me. For me and I hope for most B&B fans, I know he will do a wonderful job.

Atkinson will debut as Thomas Forrester next month. He will probably cause Sally Spectra (Courtney Hope) to question her feelings for Wyatt Fuller (Darin Brooks). He could come back with a serious axe to grind with Bill Spencer (Don Diamont) as he was the one who lied to him about Caroline Spencer’s (Linsey Godfrey) health.

Are you excited about Thomas Forrester’s return? Do you think Matthew Atkinson was a good casting choice? Don’t forget to come back later for more The Bold and the Beautiful (B&B) spoilers, news, and casting updates!

Days Of Our Lives Spoilers: Jordan Comes To The Hospital To Finish Ciara Off!