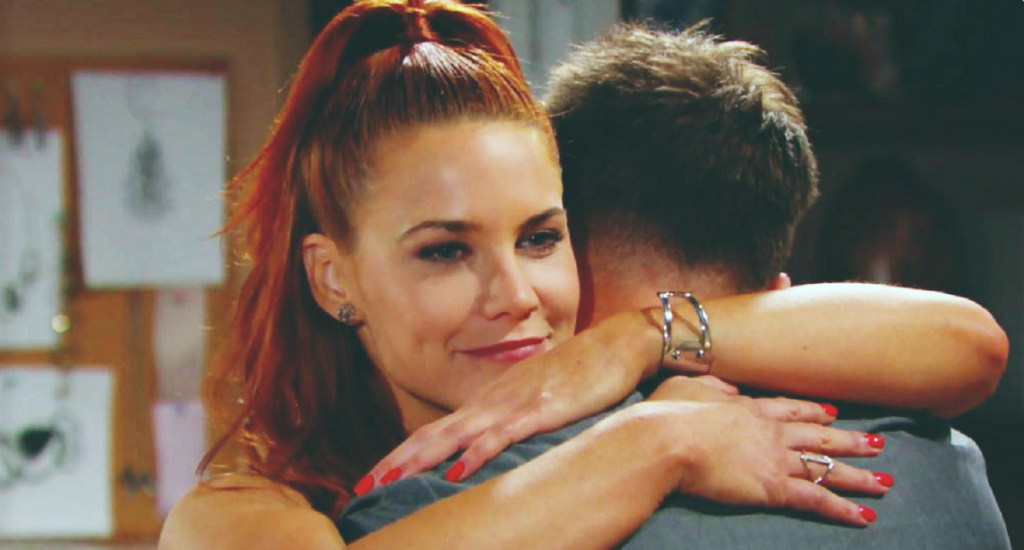 The Bold and the Beautiful (B&B) spoilers tease that Wyatt Fuller (Darin Brooks) will stand up for Sally Spectra (Courtney Hope) to Quinn Fuller (Rena Sofer). Sally will overhear and it will make her feel good about their possible future together.

After Wyatt found out about Flo Fulton’s (Katrina Bowden) betrayal, he went to Sally to apologize for how he treated her. He let her know that her secret with Thomas Forrester (Matthew Atkinson) was not that big of a deal in hindsight.

Is this the beginning of Wyatt and Sally’s reunion? Here’s what you need to know about what’s ahead on B&B.

Bold And The Beautiful Spoilers – Quinn Forrester Expresses Her Opinion

It probably won’t be a shocker to the B&B viewers that Quinn will use this time to talk to Wyatt about her concerns over Sally. Quinn will let her son know that she doesn’t think they are a good couple and she suggests they shouldn’t try to reconcile.

Of course, Wyatt will not want to listen to his mom. He will wonder why she is so against Sally, pointing out that Sally genuinely loves him.

Bold and the Beautiful spoilers state that Wyatt will tell Quinn he knows she wanted things to work out with Flo, but she lied to him and helped Dr. Reese Buckingham (Wayne Brady) kidnap Hope Forrester’s (Annika Noelle) baby. He can never forgive her for unleashing that pain on Hope and his brother, Liam Spencer’s (Scott Clifton) life.

Sally will be within earshot as Wyatt lets his mother know that she cannot continue to talk badly about Sally. B&B spoilers tease that he will let her know that he has no plans to ever speak to Flo after her scheme with Buckingham.

Of course, Quinn will try to say that it’s a mistake and he should, at least, hear Flo out. But Wyatt’s mind is made up about it. He has no interest in what Flo has to say him.

Sally will feel good knowing that Wyatt stood up for her. She will smile and wonder if it’s a sign they are headed for a reunion. It seems to be the direction the show is headed, but time will tell.

Would you like to see Wyatt and Sally back together? Don’t forget to come back later for more The Bold and the Beautiful (B&B) spoilers, news, and casting updates!

Days of Our Lives Spoilers: Julie Suffers Health Scare When She Collapses – Will She Survive?