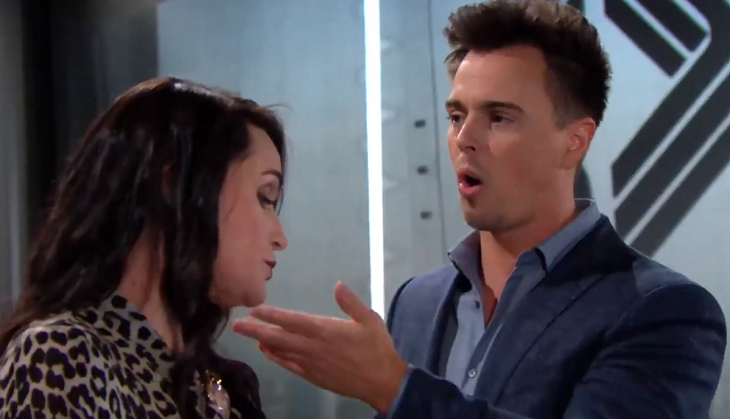 “The Bold and the Beautiful” (BB) recap for Tuesday, April 23, 2019 reveals that over at Forrester Creations, Thomas Forrester (Matthew Atkinson) reiterates to Sally Spectra (Courtney Hope) that Hope Logan Spencer (Annika Noelle) will be with him, whatever it takes.

Sally, concerned about his emotional state, pulls him into a hug just as Quinn Forrester (Rena Sofer) peeks in. After, Sally argues with Thomas about interfering in Hope and Liam Spencer’s (Scott Clifton) marriage – they’ve gone through so much.

Thomas counters that Douglas asked Hope to be his mother and feels Sally doesn’t understand because she doesn’t have children – his son needs a woman to care for him. B&B’s Sally wonders how much of this he’s doing for Douglas, and how much for himself. She recalls when they were together, she felt she only had part of him – she thought it was because of Caroline Spencer (Linsey Godfrey), but now knows it was Hope.

Sally sees a childlike drawing Thomas made captioned ‘I love you.’ She realizes Thomas made Hope a drawing and will say it’s from Douglas. Thomas repeats that Hope belongs with him and Liam belongs with Steffy Forrester Spencer (Jacqueline Wood). Later, Thomas phones Paris and speaks to Steffy’s nanny, Amelia (Nicola Posener), as Steffy and Taylor Hayes (Hunter Tylo) are out. He asks for a favor to secure his nieces’ future and return their father to them.

At the cabin, B&B’s Liam Spencer understands Hope Logan Spencer can’t think about having another baby right now but he needs her. They kiss. Hope worries if they are Intimate she could get pregnant. Liam promises there won’t be a baby until she’s ready. They make love on the sofa. After, Liam felt like it was their first time again. Hope giggles – it hasn’t been that long. They rehash their guilty feelings and reaffirm their love.

B&B’s Quinn Forrester arrives at Spencer Publications and angrily informs Wyatt Spencer (Darin Brooks) that Sally Spectra was cozying up to Thomas Forrester – she saw her in his arms. Wyatt learns Thomas and Sally will be working together. Quinn insists she won’t let him be played for a sucker. Wyatt reminds her Caroline Spencer recently passed away. Sally was probably being supportive.

Bold And The Beautiful Spoilers – Hope Spencer Is Reassuring

Quinn barks at him to open his eyes – Sally is not the girl for him, especially now that Flo Fulton’s (Katrina Bowden) in town. She urges Wyatt to be there for Flo and forget about his girlfriend. Quinn starts in on the horrible things Sally’s done – she shouldn’t be designing for Forrester. Wyatt protests – she’s talented.

Quinn grimaces and says she’s tacky. She suggests Wyatt have Sally move out so she can be with Thomas. Later, Liam Spencer arrives after getting a text from Wyatt and reveals he and Hope Logan Spencer made love – he’s optimistic they’ve weathered the worst. 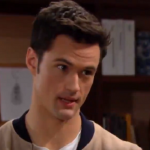 Bold And The Beautiful Spoilers: Thomas Manipulates Hope’s Emotions To Get Her For Himself

Thomas Forrester delivers the drawing he made to Hope Logan Spencer at the cabin. She’s moved and remarks on his good printing. Thomas hopes his love isn’t a burden. Hope reassures him. Thomas tells Hope she’s been a godsend to them both, then reveals he spoke to Amelia, who sent him a video of Kelly asking for her da-da. Hope watches, upset, as Thomas says those girls need Liam Spencer then says he needs to go be with his family. And that’s a wrap. Don’t forget to check often with Soap Opera Spy for all your soap needs.