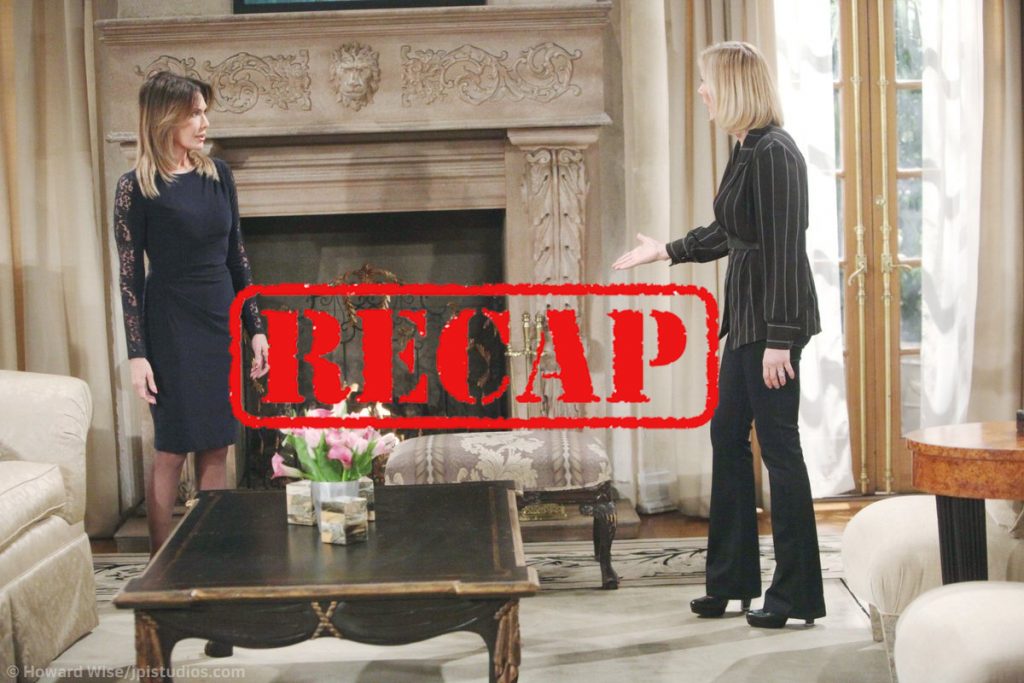 “Bold and the Beautiful” (BB) recap for Monday, March 25, 2019 reveals that over at Spencer Publications, Wyatt Spencer (Darin Brooks) is concerned about Liam Spencer (Scott Clifton) and Hope Logan Spencer (Annika Noelle) as Thomas Forrester’s (Matthew Atkinson) loss must be a tough reminder of their own loss.

Liam tells Wyatt he has a good heart and admits this brings up a lot of emotions. Talk turns to Sally Spectra’s (Courtney Hope) new designing gig. Wyatt promises they still have free weekends if Liam and Hope want to come to the beach. Liam says they have to adjust to the new normal, mentions Phoebe, and says Hope has strong maternal instincts. Wyatt agrees she’ll be an awesome mom someday. Liam notes she’s not ready yet. Wyatt thinks she’ll get there.

Bold and Beautiful Spoilers: Thomas Forrester and Hope Logan Console Each Other

At the cabin, B&B’s Thomas Forrester thanks Hope Logan Spencer for being there for his son. Hope got Thomas and Caroline Spencer’s (Linsey Godfrey) messages previously, and is glad to have him back; she wishes it were under better circumstances. They discuss having to go through the grieving process.

If you take a gamble, you could risk it all. 💥 AND don’t mess with another woman’s man! See what happens this week on #BoldandBeautiful. pic.twitter.com/0jKbfY8pvf

Thomas talks about Sally Spectra being at the memorial and says he would like to reach out to her but knows she is with Wyatt Spencer. He relays to Hope that he and Caroline weren’t romantically involved. He wasn’t prepared to be in this situation. Hope wishes she could tell him it gets easier. Douglas bursts in and insists he saw Caroline outside by the birdhouse. Hope gently explains sometimes their memories bring loved ones back. Thomas reminds him of mommies in heaven. Douglas can’t hug her now and asks Hope, “Can you be my mommy?”

At B&B’s Brooke Logan Forrester’s (Katherine Kelly Lang) place, Taylor Hayes (Hunter Tylo) insists she was merely sharing her pain with Ridge Forrester (Thorsten Kaye), but Brooke thinks she heard Taylor say she missed him and was still in love with him. Taylor snarks about Brooke feeling threatened and Brooke wonders if she thinks this is a game. Taylor brings up the past. Brooke wants her to go.

Taylor reminds Brooke Hope Logan Spencer wants peace and says she knows Hope took off her wedding ring – she was the only one thinking clearly. Brooke narrows her eyes and informs Taylor that Steffy Forrester Spencer (Jacqueline Wood) is past this and she doesn’t want to have this discussion again. Taylor complains that Steffy is raising the girls by herself. Brooke says she made that decision and Hope and Liam Spencer are grieving. She warns Taylor not to try and manipulate Liam away from Hope, lunges toward her and seethes, “It’s not going to happen.” 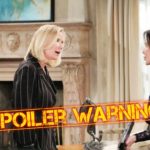 They go back and forth as Taylor admits she wants Liam in Steffy’s home and insists even Hope can see it’s the right decision. Brooke’s outraged. B&B’s Taylor asks Brooke to respect her family. Brooke wants the same thing and reminds her she was kissing her husband and wants to break up her daughter’s marriage. She exclaims this has been going on for decades and Taylor’s rewritten the story. Brooke vows she’ll protect Hope and they nearly get physical again as she warns Taylor she’ll have to go through her.

The Bold and the Beautiful Spoilers: Sally Has A Dark And Devious Plan – Just…

The Bold and the Beautiful Spoilers: Sally Stops At Nothing To Win Wyatt Back –…

The Bold and the Beautiful Spoilers: Will Ridge and Shauna Elope In Vegas? All Signs…