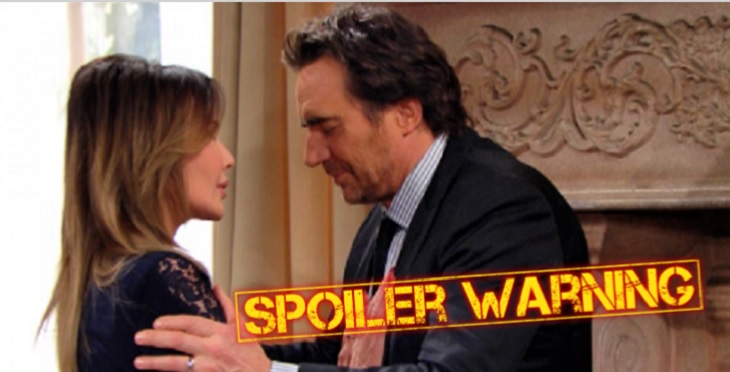 The Bold and the Beautiful spoilers for Monday, March 25, tease that the showdown between Brooke Forrester (Katherine Kelly Lang) and Taylor Hayes (Hunter Tylo) will escalate quickly. Brooke’s not happy, as she just walked in and saw Taylor kiss Ridge Forrester (Thorsten Kaye) and admit to still loving him.

On Monday’s episode, look for Brooke to berate Taylor for making a move on Ridge while he’s vulnerable and grieving Caroline Spencer’s (Linsey Godfrey) death. She’ll likely call Taylor an opportunist for preying on Ridge at a time like this, and that won’t go over well with Taylor. But Brooke will persist, coming down hard on Taylor and insisting that her inappropriate behavior cannot continue.

But according to B&B spoilers, Taylor will only take so much of Brooke’s words before she starts to fight back. An intense argument will follow, and the ladies will rehash their long history of sparring over Ridge. Accusations will fly, the argument will continue to get more intense, and nothing productive will be accomplished.

Hey #BoldandBeautiful fans
Showrunner Brad Bell teases a new hot social issue is coming in 2019. Any idea what it could be? Get the juicy details here ====>https://t.co/PEKUgvSh0c

B&B spoilers also indicate Taylor won’t even try to deny that she has an ulterior motive where Ridge is concerned. Rather, it looks like she’ll brazenly own what she did and taunt Brooke about it.

She may even point out that she’s due a little happiness and that she’s going to keep going after Ridge! That would certainly enrage Brooke even further.

Meanwhile, on the new episode of B&B on Monday, March 25, Thomas Forrester (Matthew Atkinson) and Hope Spencer (Annika Noelle) will have an interesting conversation.

The two have been bonding in their grief and Thomas has been very appreciative of Hope’s attention to Douglas Forrester (Henry Joseph Samiri) during this difficult time following Caroline’s death.

According to B&B spoilers, Hope will be stunned when Thomas discloses to her that he and Caroline weren’t a couple at the time of her death. Hope naturally assumed that the two of them were together, but she’ll soon learn that Thomas and Caroline had their share of problems.

It looks like Thomas will really open up to Hope about his difficulties with Caroline, and he’ll apparently find comfort in talking with her in a way that he hasn’t been able to do with the rest of the family. Hope will offer all of her support and be a friend to Thomas, as the two grow closer. 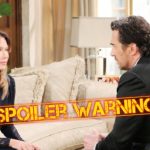 The Bold And The Beautiful Spoilers: Does Sally Spectra Feel Guilty For Her Lies?…

The Bold And The Beautiful Spoilers: Quinn Tries To Save Marriage –…

The Bold and the Beautiful Spoilers: Shauna Packs Up And Moves To Vegas, Ridge Tags…