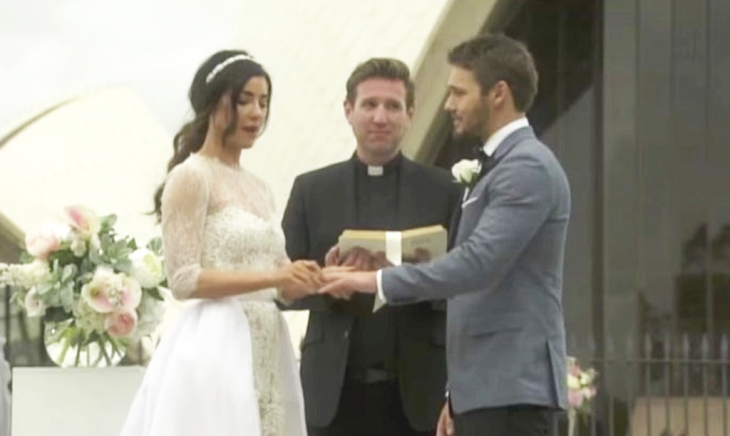 Jacqueline MacInnes Wood looked back at the time when they had to shoot Steffy Forrester and Liam Spencer’s (Scott Clifton) 2017 wedding in Sydney, Australia.

“I loved when we said our vows to one another,” the actress recalled to Soaps In Depth. “We did it in one take, and I was really emotional.” She added that it was easy for her to really feel the moment.

“It was actually the opposite; I was really trying to hold back my tears. I was having a hard time [keeping it together]! Being in front of the Sydney Opera House was so spectacular that I felt so present and emotionally invested in that scene. I just loved it.”

Bold And The Beautiful Spoilers – Steffy Forrester Has Endured Heartbreak

Wood has been with the show since 2008. She took a break from her role from 2013 to 2015 but came back after and has been playing the character ever since. Her alter ego has gone through a lot of things over the years. She fell overboard during a storm, was kidnapped, and had to mourn the loss of her twin. 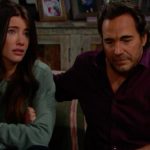 She tried to seduce someone to get back her family’s business and almost drowned after slipping in her tub. She married Liam but eventually got a divorce.

Steffy got into a motorcycle accident and had to deal with the awful news that she could no longer bear a child. But her condition was eventually reversed and she gave birth to a baby girl named Kelly. More recently, she adopted a child and named her after her late twin Phoebe. That’s where the current storyline starts.

Steffy was unaware that the baby she adopted is the child of Hope Logan (Annika Noelle) and Liam, which they believed has died during childbirth. Steffy had  grown attached to the child and finding out that she can’t be with her broke her heart.

Viewers may recall that Hope took baby Beth away even though she promised that Steffy will always remain a part of her baby’s life. When they left, Steffy was left grieving with Ridge on her side to offer her support.

Bold And The Beautiful POLL: Where Will Liam Land In Wake Of Beth Reveal? Vote Now! https://t.co/CzR6GPAjA6

After all that she’s been through, Steffy has become a resilient and strong woman. She can weather through this trial and find a way to move on. But, viewers have to tune it to find out what’s next for Steffy.