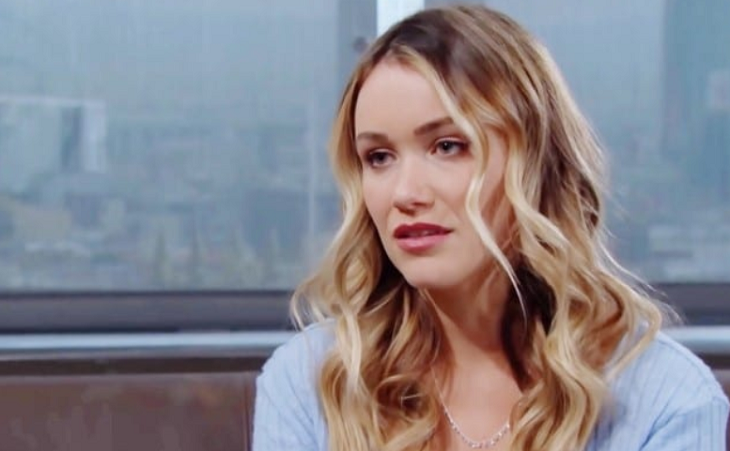 The Bold and the Beautiful spoilers indicate that Flo’s Fulton (Katrina Bowden) father will be someone connected to the Forrester family.

Her reluctance to talk about Flo’s father leads to one conclusion – it’s someone Quinn knows.

So which B&B gentleman is Flo’s father?

Bold And The Beautiful Spoilers – Leading Candidate Is Eric Forrester

The first man to top the list is Eric Forrester (John McCook). The Forrester patriarch already has six children, but is it possible he has another daughter?

Bold And The Beautiful News: Annika Noelle And Jacqueline MacInnes Wood’s Relationship Will Surprise You

As the head of Forrester Creations, Eric was a celebrity and captured all the ladies’ attention. So it’s possible Shauna could’ve been one of those women he romanced during his separation from Stephanie Forrester (Susan Flannery). Having Flo as Eric’s daughter would create a lot of drama for Quinn and Eric’s marriage, along with her friendship with Flo.

The next parental candidate is Ridge Forrester (Thorsten Kaye). In the past, Ridge was a ladies’ man and there’s a strong possibility he could have a secret child out there. Ridge currently has his hands full dealing with Brooke Forrester (Katherine Kelly Lang) and Taylor Haye’s (Hunter Tylo) squabble, while also trying to comfort his son Thomas Forrester (Matthew Atkinson).

Bold And The Beautiful Spoilers – Thorne Forrester Is A Long Shot

Flo being Ridge’s daughter would add more complications to his life, however it would also increase Flo’s guilt about the baby switch, if she and Hope Spencer (Annika Noelle) are stepsisters.

The last candidate is a long-shot, but you can’t rule out Thorne Forrester (Ingo Rademacher). The character is no longer on the show, however there could be a recast coming soon.

Thorne has suffered heartbreak in the past with the death of his wife Darla Forrester (Schae Harrison) and his daughter Aly Forrester (Ashlyn Pearce). Discovering he has a long-lost daughter would bring some joy into Thorne’s life, after he’s had to deal with numerous tragedies.

With Flo possibly being a member of the Forrester clan, it looks like she and her mother are here to stay. You can be sure much more drama is on the way.

Make sure to stay tuned to CBS the Bold and the Beautiful to see how this all unfolds. Don’t forget to check often with Soap Opera Spy for all your latest spoilers, news, updates, and much more!

General Hospital Spoilers: Sonny’s Men Are On The Hunt For Ryan Chamberlain