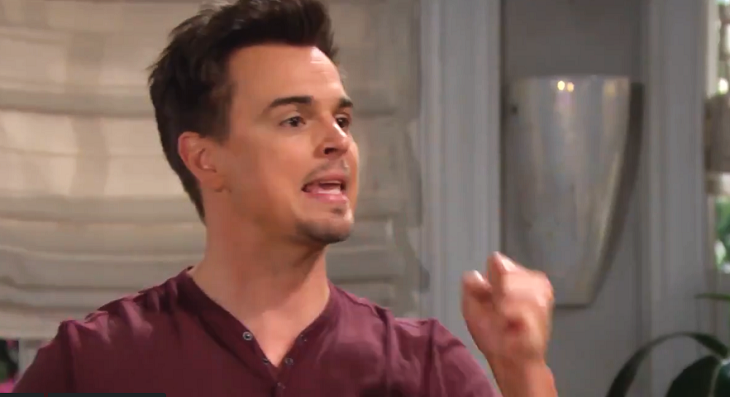 The Bold and the Beautiful spoilers tease that Wyatt Spencer (Darin Brooks) is way over the line in calling out Sally Spectra (Courtney Hope). Sounding more like the Dollar Bill Spencer (Don Diamont) version of his father than himself, Wyatt’s rip into Sally was just plain wrong.

So, finding out that he was wrong about Sally’s so-called secret, what does Wyatt do, apologize? No. He takes a turn and lambastes the woman who’s been nothing but grateful and loving to him during these past many months. No wonder Brooks’ character continues to have relationship troubles.

Thomas Forrester (Matthew Atkinson) is still grieving the loss of his son’s mother, Caroline Spencer (Linsey Godfrey). He wasn’t in love with Godfrey’s departed character, which resulted, in part due to this solid actor moving to Days of our Lives. But Caroline’s tragic, unexpected passing caused Thomas to reflect on his life. In doing so, he realized that he never stopped loving Hope Spencer (Annika Noelle). 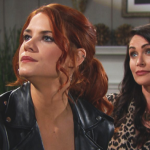 So, after returning from New York with the SORASed Douglas Forrester (played by the greatly cast Henry Joseph Samiri), Thomas quickly decided Hope should be his wife and become his son’s next mother. Claims that Caroline suggested Hope should be her replacement, if anything every happened to her, seem convenient.

Maybe the above point really was stressed? It’s hard to tell, unless some type of proof can back Thomas’ claim. His revealed, laser-focused aim for Hope makes one wonder is any hand-written, digitally sent, or video recorded information to that effect exists. Taking Thomas’ word for Caroline’s’ claims felt like part of his pressured effort to shift Hope’s feelings.

Anyway, Sally believes Thomas and sees his point of view. Wyatt doesn’t like the conclusion she reached, but is more outraged that she withheld information that he thinks Liam Spencer (Scott Clifton) should know. Wyatt is right on that point, but that’s secondary to what just happened with Flo Fulton-Logan (Katrina Bowden), which is being withheld from Sally.

Bold And The Beautiful Spoilers – Not Thinking Straight

Of course, Wyatt didn’t relay that information to Sally. As opposed to Miss Spectra’s understandable dilemma, there was no gray plot ground when it came to Wyatt’s willing return of Flo’s romantic gesture. This after Wyatt chose to believe that Sally’s secret was that she was still interested in Thomas.

Sally wanted to reconnect with Wyatt after storming out of work the other day. But she’s in the dark about his cheating on her with Flo. Wyatt is overreacting to other people’s business because he’s conflicted, not Sally.

MUST WATCH General Hospital Preview Video Monday, May 13: Alexis Grateful to Julian – Explosion Ahead When She Learns About DoD Trust Money