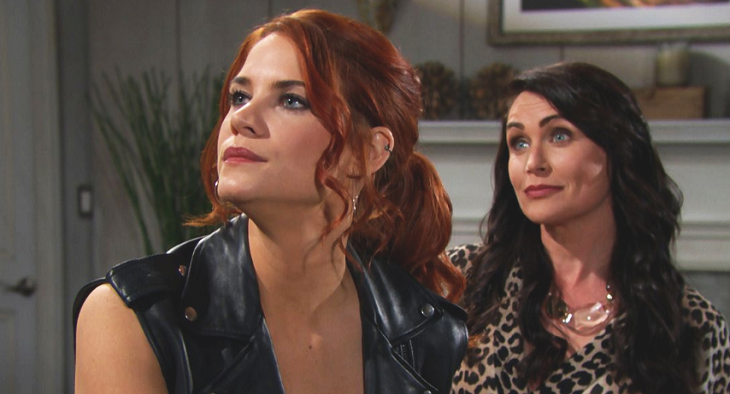 “Bold and the Beautiful” spoilers tease that Sally Spectra (Courtney Hope) will be feeling volatile. She’s just ended her relationship with Wyatt Spencer (Darin Brooks) and moved out of his beach house. Of course, she didn’t want the split, but Wyatt was totally disgusted with her after he found out that she kept a major secret from him.

As B&B viewers know, Sally found out from Thomas Forrester (Matthew Atkinson) that he was plotting to break up Hope Spencer (Annika Noelle) and Liam Spencer (Scott Clifton). But instead of going to Wyatt immediately and telling him what Thomas was up to, Sally sat on the secret.

Then, to make matters worse, when Sally was forced to come clean by Wyatt, she admitted that she understood where Thomas was coming from. As B&B viewers know, that outraged Wyatt and it ultimately prompted him to break off his relationship with Sally.

Bold And The Beautiful Spoilers – Thrilled About Wally Breakup

Well, as it turns out, there will one person who will be absolutely thrilled about Wally’s breakup, and that will be Quinn Forrester (Rena Sofer). Quinn was never really happy with Wyatt’s choice in Sally, and she became completely anti-Wally once Florence “Flo” Fulton (Katrina Bowden) showed up in Los Angeles. Quinn wants nothing more than for Wyatt and Flo to reunite.

The Bold and the Beautiful spoilers say that Quinn will soon take her opportunity to gloat about Wally’s breakup. Of course, Quinn and Sally work together at Forrester Creations, so they run into each other on a daily basis.

It seems that Quinn won’t be able to help herself from rubbing salt in Sally’s wounds. She’ll also gloat about Sally’s relationship with Wyatt coming to an end.

Bold And The Beautiful Spoilers – Big Time Clash Is Coming

That will really irk Sally, and the two women will clash big time. Quinn will likely let Sally know how thrilled she is about the breakup, and Sally won’t be having any of it. Sally will probably blast Quinn for interfering and causing Wyatt to doubt his relationship with her in the first place.

B&B viewers should look for a major blowout between Quinn and Sally as they face off over Quinn’s actions and over how Sally kept a big secret from Wyatt. Quinn will probably have plenty to say about Sally’s devious actions. She might even note that she was right about Sally all along! 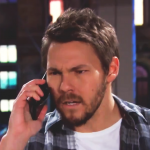 At any rate, it should be an explosive scene as Quinn and Sally spar. Are you looking forward to seeing them face off?