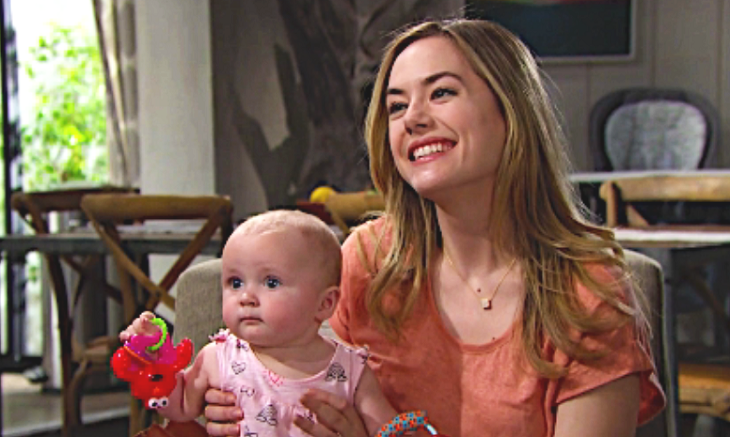 The Bold and the Beautiful (B&B) spoilers tease that it may be quite a while before the truth comes out about Beth. Fans have waited for the scoop, hoping it could come out in February sweeps, then in May Sweeps, and now approaching Summer sweeps.

The fact is, it isn’t coming out anytime soon because Bradley Bell, B&B’s head writer and executive producer, suggested that he is looking at a November sweeps timeline for the massive shocker to be revealed. Here’s what you need to know about what’s ahead on B&B.

Many B&B fans just want Hope Logan (Annika Noelle) to know that her daughter is alive. And Bell understands that. However, he said that there needed to be a build up to it.

Bold And The Beautiful Spoilers – The Truth Will Come Out

For example, he wants to pair Liam Spencer (Scott Clifton) with someone else and have Hope move on with Thomas Forrester (Matthew Atkinson) first.

He believes the storyline would be more powerful if the truth affected as many people as possible. And, he’s completely correct, too. But B&B fans are losing interest, so he needs to speed it up just a little.

While Bell never explicitly said that he would reveal the Beth scoop during November sweeps, he did say it would happen after the summer is over.

Bold And The Beautiful Spoilers – Wyatt Spencer Will Be Shocked

For the next few months, he said more than one person will find out the secret and it will threaten to blow up the lives of Flo Fulton (Katrina Bowden) and Zoe Buckingham (Kiara Barnes).

Another detail that Bell wanted to wait to develop was to pair Wyatt Fuller (Darin Brooks) with Flo. Right now, he feels that Flo is a good person and completely honest. It will be a shocking blow when he discovers this awful thing she did, as he won’t be able to push it to the side. Her secret is something that caused his family a lot of pain.

Are you surprised to find out Bell still doesn’t plan on exposing the Beth secret for another six months? Don’t forget to come back later for more The Bold and the Beautiful (B&B) spoilers, news, and casting updates!