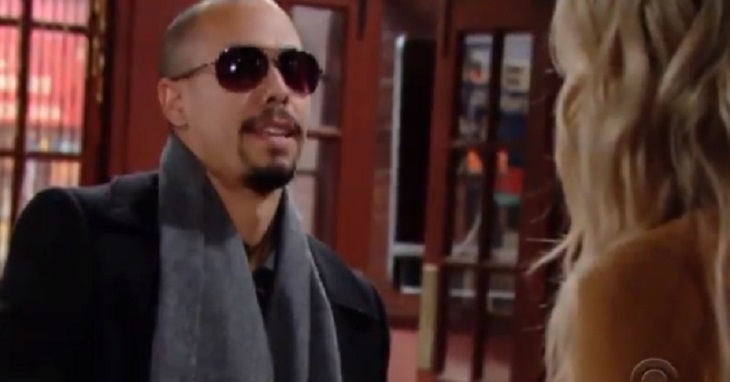 Devon (Bryton James) is working through the stages of grief on ‘Young and the Restless’. As that long process continues it’s good that Y&R’s seeming Neil (Kristoff St. John) supplant, Nate (Brooks Darnell), is still living across the hall.

A billionaire has no worries in the world, right? Wrong. Life is more than money, as Devon’s famous grandmother, Katherine (played by the late, great Jeanne Cooper), knew and passed along to James’ character before leaving him the bulk of her fortune.

Young And The Restless – The Loss Of Hilary

Hilary’s (Mishael Morgan) tragic death last summer, which resulted due to injuries she suffered as a passenger in a car Lily (Christel Khalil) was driving, was profound. No one can ever prepare for the sudden erasure of one’s soul mate. In this instance, the added impact of what would have been’ Hevon’s’ first baby also being lost infinitely compounded matters.

It must be said that Devon has not fully abandoned his family. He’s just had moments, like one this week, where personal feelings overwhelmed obligation.

Young And The Restless Spoilers – Devon Turns To Partying

Opting to not drive with the Ashby’s to see Lily at Lakewood was unusual. Nate called his adoptive cousin out for having done so after catching an impromptu, mid-day LP Streaming party in loud action at the condo where Hilary formerly lived.

There’s no way to predict what will happen next in Mr. Hamilton’s romantic life. Y&R might write a new woman into the picture, though it seems far too soon to digest Devon embracing some proposed new love.

Instead, the write-back and SORAS of Ana (Loren Lott) telegraphs as Devon’s next major focus. Whether Shauna (Camryn Hamm) remains in Genoa City, or moves to be with her family in Colorado, where Devon generously sent her during Thanksgiving, will be an interesting plot point to keep an eye on.

It would be more believable to have Devon serve as a mentor to his sister, then to keep him attached to Shauna, who was Hilary’s chosen charge. However, Hamm is a solid actor and could surely stick around if Y&R’s decision-makers are simply expanding, rather than adjusting Devon’s world.