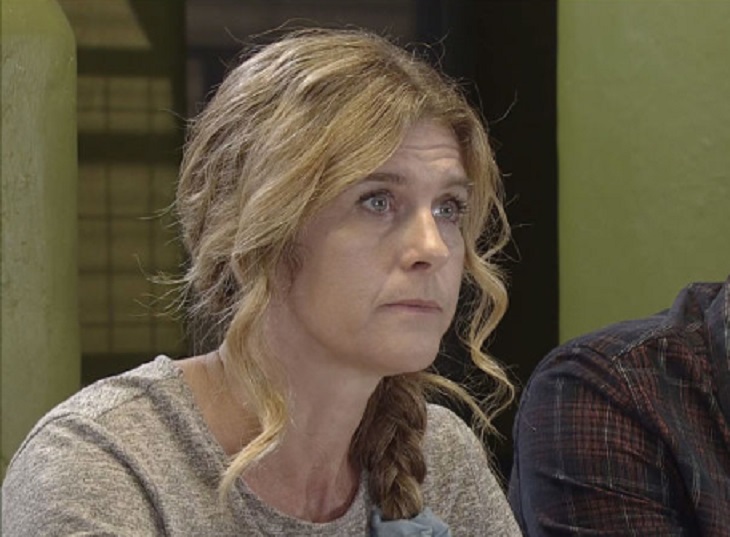 Coronation Street spoilers indicate that Gina Seddon might be in grave danger. That’s because she is putting herself forward as a witness for her sister Sally Metcalfe’s trial. Yet, there’s a possibility that she might be setting herself up for some serious problems. Sally has been in prison for the last few weeks after she was accused of fraud.

Sally is doing everything that she can to prove that she’s innocent but unfortunately her family isn’t helping her very much. Gina has been the most problematic. To make matters worse, she’s also developed feelings for Sally’s husband, Tim Metcalfe. Gina even had a secret meeting with Duncan to hear his side of the story. Many fans know that Duncan’s version of events is a complete fabrication, but Gina believes every word of it.

Now Coronation Street spoilers tease that Gina is willing to lie while on the stand, and this of course can cause huge problems for her. If she does this, Tim won’t be happy. Gina is playing a very dangerous game. She’s been sucked up in Duncan’s lies and now she is jeopardizing her own future because of it.

Also, Sally might end up taking revenge on her own sister. Things will also heat up once Sally finds out that Gina has feelings for her husband and that she’s been secretly plotting to break them up. The moment Sally gets out of jail, sparks are going to fly for sure! Fans will have to tune in to find out what will happen next.

TONIGHT at 7.30 & 8.30PM: With Sally’s fate resting in the hands of the jury, will Gina do the right thing and defend her sister?#Corrie pic.twitter.com/5hoMJUZHec

Bold and the Beautiful Rumor: Taylor Didn’t Shoot Bill, It Was Liam!?