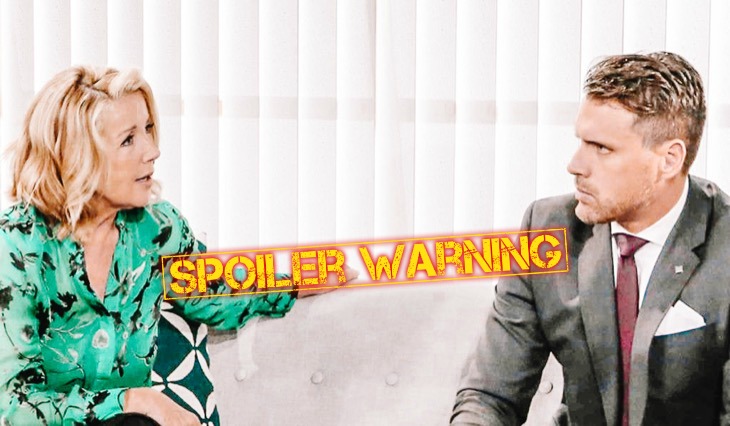 “Young and the Restless” spoilers for Wednesday, December 5, tease that Rey’s (Jordi Vilasuso) investigation will take a shocking turn. At the police station, Rey presents some new proof to Nikki (Melody Thomas Scott), Victoria (Amelia Heinle) and Nick (Joshua Morrow). He’s got a gun, which is registered to Victor (Eric Braeden) and was found in the stables. It only has Victor’s fingerprints on it.

Next, Rey reveals a shirt splashed with J.T.’s (Thad Luckinbill) blood, which was also discovered on the ranch property. The Newmans are baffled, but Rey seems smug. He declares that Victor is now their prime suspect in J.T.’s murder. Over with Devon (Bryton James), he speaks with a therapist about the issues he’s dealing with. Devon doesn’t want to be there but eventually opens up.

Hilary’s (Mishael Morgan) death has really taken a toll on the grieving widower. Devon still has nightmares about Hilary and their baby. Even if the dreams are pleasant, there’s always a harsh reality to wake up to. Devon seems to resent his family members for telling him how to handle this. He admits true forgiveness has been hard when it comes to Lily (Christel Khalil) and Nate (Brooks Darnell).

Devon isn’t keen on accepting low-dose anxiety meds, but the therapist feels it’s the right call. It’d be better for Devon to take something safe than to spiral out of control with alcohol. At the athletic club, Billy (Jason Thompson) and Phyllis (Gina Tognoni) join forces for their Rebekah Barlow pitch. Rebekah likes what she sees, so she promises to keep them in mind for a deal.

Soon after, Rebekah spots Nick (Joshua Morrow) and asks about him. Phyllis points out that he’s the CEO of Dark Horse and suggests an introduction is possible. Later, Phyllis heads home and tries to sweet-talk Nick into doing what she wants. She offers to give him a massage, but he gets suspicious of her motives.

Nick contends that if Phyllis wants something, he’ll be glad to make it happen. Phyllis wonders if he’ll still say yes once he hears her request. She admits she wants Nick to go on a date with another woman. Back with Devon, he spaces out a bit and forgets about his Rebekah Barlow meeting. Once he’s got his head in the game again, the meeting kicks off and quickly tanks.

Rebekah is irritated since the artist Devon’s hyping is in Europe right now. She refuses to sign a major contract without knowing what she’s getting herself into. Rebekah feels like Devon wasted her time, but Ana (Loren Lott) tries to help. She pipes up that the artist’s manager booked new dates without notifying them. Ana does her best to sell this artist with her own pitch.

Young and The Restless Devon Has A Panic Attack

While Ana and Rebekah are speaking, Devon struggles through another panic attack. Their voices become muffled as he fights to breathe and grasps his chest. “The Young and the Restless” spoilers say even more drama’s ahead for Devon, so let’s hope he gets all the support he needs. We’ll give you updates as other Y&R news and rumors emerge. Stay tuned to see what’s next in Genoa City. 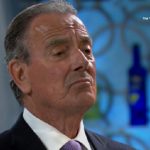